2020 Preakness Stake Horse Race: Which Thoroughbred Should You Bet? 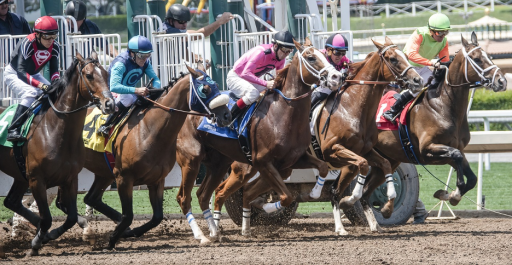 The Triple Crown Race is one of the most anticipated horse races in North America. This event is divided into three races: the Belmont Stakes, Kentucky Derby, and the Preakness Stakes. However, because of the global pandemic, there were some changes in the traditional flow of events.

When the Belmont Stakes came to a finish last June 20, 2020, the industry locked eyes on their new sets of favourites. These young Thoroughbreds are then again set to compete in the Triple Crown event’s remaining two races. The next race is the Kentucky Derby that will take place on September 5, and the concluding event will be the Preakness Stakes.

For 145 years, the Preakness Stakes was never postponed even with the global depression and two world wars. This year, horse racers are excited to participate in a different flow of events as the Preakness Stake becomes their last lifeline to win the Triple Crown trophy. With that, here are some of the finest Thoroughbred that will be racing on the Preakness.

From Sackatoga Stable, Tiz the Law is one of the strongest Preakness Stakes contenders. He was the winner of this year’s Belmont Stakes and Travers Stakes. He is this year’s most trending horse, emerging champion in all of his races in 2020. Though the Preakness Stake is still months away, many are rooting for this colt to win the Triple Crown.

Coming in second in the Belmont Stakes, Dr. Post is now just one spot away from victory. This three-year-old colt is one of the crowd’s favourites. Always finishing strong, Dr. Post has a beautiful record in the tracks. Todd Pletcher, Dr. Post’s trainer, is confident that Dr. Post has all the quality needed to emerge victorious in the Triple Crown events.

This magnificent colt is an engine in the tracks under the supervision of Steven Asmussen, a renowned horse trainer. Max Player has already raced against Tiz the Law in the Belmont and Travers Stakes in which he placed 3rd place in both events. However, don’t underestimate this one, horse racing analysts believe that with a strategy, he might have the chance to win.

Sole Volante is a veteran in the tracks, which has also competed against the colts mentioned above. This three-year-old Gelding has won the majority of his races in his entire career. Not much of a crowd favourite, Sole Volante has shown promising performances in his exercise routines. So, don’t forget to consider betting on this one in the upcoming Preakness Stakes.

Authentic has emerged first in 4 out of 5 races in his entire career, so everyone is excited to see this young colt in the bigger leagues. His recent win in Monmouth Park on July 18 quickly made him one of the crowd’s favourites. Moreover, his chances are high for the nearing Kentucky Derby, and the challenge is maintaining these wins until the Preakness Stakes.

There is no mistake that Modernist is one of the favourites in the Kentucky Derby, but will he be able to maintain this crowd until the conclusion of the Triple Crown? Modernist is a veteran in the dirt tracks and has the endurance for longer lengths on the road. Remember to keep an eye on this colt as he might surprise you in the Preakness Stakes.

Storm the Court might have the longest record of races in this batch. This young colt’s pedigree is geared on grass more than dirt, but his trainers believe that he can beat the odds again. Storm the Court is famous for winning the Breeders’ Cup Juvenile (G1) in Santa Anita after sprinting to the front at the last minute with an odds of 45 to 1.

Art Collector was a controversial horse when he tested positive for levamisole (a deworming agent), so he was stripped of his winning. He was able to revive his reputation when he won first in the Ellis Park Derby on August 9. Today, he will be joining the Kentucky Derby with hopes to dominate the track until the Preakness Stakes.

Thousand Words rose to the ranks of trending horses after winning the Shared Belief Stakes recently on August 1. Trained by Bob Baffert, Thousand Words have an excellent record in racing in the dirt tracks. He is also a Kentucky Derby favourite, but will he be able to maintain this clean record until the Preakness Stakes this October?

The Preakness Stakes is still far away, so you can still observe and switch from one favourite to another. Be sure to stay updated and read the news, paper, and internet for changes. To better your odds and improve your chances of winning in the Preakness, stay tuned, and witness the Kentucky Derby this September.