Who are the favourites for the 2020 US Open? 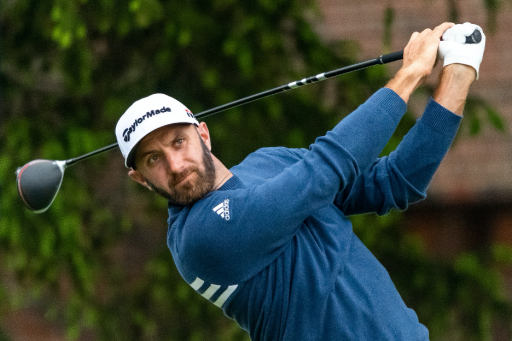 Last year, Gary Woodland celebrated with fans after winning the US Open at Pebble Beach, California. This year, the tournament will have a very different feel to it. Usually the third major of the year, due to the coronavirus pandemic putting paid to so much sporting action, it will be the second – and played in September, rather than June. The 120th edition of the US Open will also be held at Winged Foot Golf Club in New York – for the first time since 2006. And of course, there will be no fans in attendance. But at this early stage, who do the betting odds on golf US open favour?

The early favourite for the US Open is Northern Irishman, Rory McIlroy. Nine years ago, he won the tournament at the Congressional Country Club in Maryland – but has failed to win a major title since 2014. Last year, McIlroy finished T9, but the US Open hasn’t been a happy hunting ground in recent years – with the four-time major winner missing the halfway cut in the previous three editions of the competition. There are question marks over whether or not McIlroy can still challenge for the top prizes – despite being ranked 3rd in the PGA Tour.

Ranked 6th in the PGA world rankings, Brooks Koepka is no stranger to victory at the US Open – winning the major in successive years: 2017 and 2018. Sadly, there was no heroic hat-trick last year, although he did win a major title, in the PGA Championship. He’ll also be looking to make it a third successive win in the Championship which is already underway. Having been ravaged by knee injuries and struggles last season, the former world number one will be hoping to be back to his best, despite the pressures of winning another major.

The American recently pulled out of the 3M Open in Minnesota, citing a back injury, after hitting three balls into the water and propping up the table. However, he’s one of the early favourites to win the US Open and the golfer, ranked 5th in the PGA Tour will be looking to add to the title he won back in 2016 – his only major win to date. Last season, he made it two top 10 finishes in major tournaments, and won the WGC-Mexico Championship. He’ll need to shake off any niggling injuries, beginning with a good performance in the PGA Championship.

He may have recently been toppled to 2nd place in the PGA world rankings, but Jon Rahm is consistently one of the bookies’ favourites in all major competitions. The 25-year-old may still be searching for that elusive first major title, but he won the Memorial Tournament last month, taking his professional wins to 11. Rahm’s best finish in the US Open came last year, when he came T3 and if he wants to regain his position at the top of the rankings, another good showing at Winged Foot will be required – although he has hinted that he believes the world rankings will change hands frequently over the coming months.