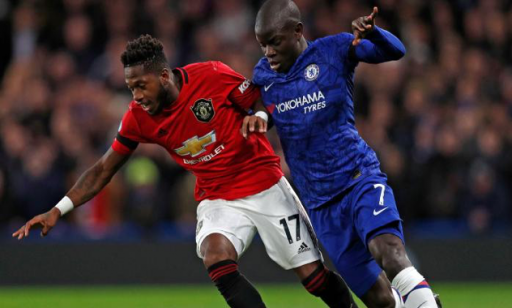 The UK online sports betting industry is resurging rapidly with the return of professional sports. From football and horse racing to golf and cricket, most sports leagues are back in action, giving a much-needed economic boost to the bookmaking sector.

The online betting industry was brought to its knees in March after a regional lockdown forced all sports leagues to break. What followed next was a series of desperate measures as betting sites tried to remain active without sports.

Some bookies went as far as to offer to bet on the weather, extremely minor sports like marble racing and politics. With the return of sports in May, online betting has been recovering pretty well.

The latest data from the Gambling Commission shows that real sports betting has doubled from two million bettors in April to four million in August. This information was drawn from the UK’s biggest online betting sites, which control 80% of the market. It focuses on players who wager real event sports like football, hockey, and tennis.

Although it will take time for the betting industry to gain momentum, it is nearly as active as it was in February, one month before the sports industry went on a hiatus. Back then, the UKGC reported 4.6 million active punters, 600,000 more players than the present figures.

With British sports set for a new season this September, there’s no doubt online betting action will increase. Nearly every sport will have returned, and that will motivate more punters to get back to betting.

British punters have been staying longer on betting sites than they did in March. This is due to the limited number of betting markets, forcing people to take more time to find excellent wagering opportunities.

In March, roughly 1.5 million online bettors spent at least one hour before they wagered on sports. By June, this figure had increased to nearly two million people. With that in mind, the average punter takes 21-26 minutes to place a bet.

Bettors take more time on bookie apps when there are fewer sports to bet on. In contrast, they take less time when there’s an abundance of wagering markets. That means the number of people who take over an hour to bet will reduce as more sports leagues resume.

GGY Has Tripled Since April

The Gross Gambling Yield has more than tripled between April and August. In April, British bettors wagered £62 million. The figure rose to £101 in May and then doubled to £217 million in June (115% growth).

Taking a look at the best betting sites, the total income of real event betting in June 2020 is twice that of March 2019, even though sports were disrupted by a pandemic this year. According to experts, this can be attributed to the sector’s overall growth in the past year.

A Huge Uptick of Sports Fixtures

Many sports leagues around the world have figured ways to resume despite nationwide lockdowns. Between May and August, nearly every major league in Britain returned, albeit with tons of restrictions.

Most sports leagues returned without fans. They also rolled out a series of safety measures to protect players and staff members. And in doing so, they create a secure environment to host matches every week.

The resumption of European football and North American sports was a boon to the industry. It helped expand punters betting opportunities and, thus, revenues for online betting websites.

Sports fixtures are bound to increase this fall as more leagues like the NFL  commence. It will also mark the start of a new season for most sports leagues in Europe, Asia, and Australia.

When sports came back in May, TV networks offered to broadcast a variety of matches free. This boosted viewership for sports even though there had been some resistance from people who wanted sports to be delayed further.

You can find statistics and historical data for many football clubs at your favorite betting website. That means you don’t need a second site to help you get this information.  Add a streaming service, and the average bookie has become a TV, bookmaker, and tipster.