Five horses to watch as flat season gets underway 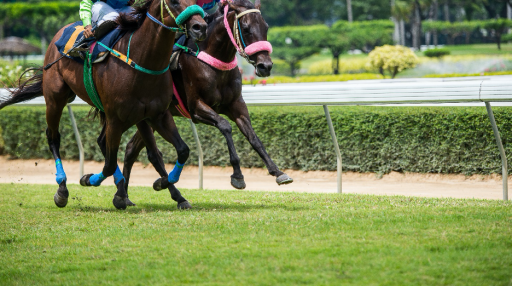 Usually at this time of year, the flat season is in full swing and we’re coming to the final legs of the British Classics. But this year, the season is all askew, with racing suspended since March 17th as a result of the coronavirus pandemic. But there is light at the end of the tunnel, and we finally have races to look forward to. With Newcastle kicking things off at the beginning of the month, the page to access racing results will soon be full to the brim once more. Let’s take a look at some of the ones to watch as the season restarts.

Named as one of the best European juvenile fillies last year, with three wins from five starts, the Jessica Harrington-trained horse is the favourite for the Irish 1,000 Guineas on June 12th. Having won on her debut at the Curragh last May, Albigna went on to win the Airlie Stud Stakes, before winning on her fourth outing, claiming the Prix Marcel Boussac at Longchamp, Paris. Sadly, for Harrington, she won’t be in attendance at the Curragh to see if her three-year-old filly can come good, with Horse Racing Ireland (HRI) guidelines stating that no trainer over the age of 70 will be permitted to attend races at this time.

One race, one win – that is the record of Richard Hughes’ three-year-old colt. It was an easy five-length victory at Newmarket last October, with Jamie Spencer in the saddle. Brentford Hope will be Hughes’ biggest hope at the Irish Oaks at the Curragh later on this month and before the suspension of horse racing, Hughes reported his horse was in good form but without a possible run-out before June 27th, time will tell if Hughes has a superstar on his hands.

It was success for father-and-son team, trainer Aidan O’Brien and jockey Donnacha O’Brien on British Champions Day last year – with Kew Gardens winning the Long-Distance Cup at Ascot. It was by the slightest of margins over rival Stradivarius with the colt winning by a nose. There’s no doubt that the two will meet again throughout the course of the season, beginning with a possible entry in the Tattersalls Gold Cup. The five-year-old has a number of other notable victories to his name, not least the St. Leger Stakes (Doncaster) and Grand Prix de Paris (Longchamp) – both in 2018. Given O’Brien’s success in the sport, Kew Gardens will be one to watch in all the big-name races.

Charlie Appleby’s three-year-old is the highest-rated juvenile for 25 years, and with six wins from six starts, there are big things to come for the colt. Currently entered into the Irish 2,000 Guineas and Irish Derby at the Curragh, as well as the Epsom Derby, Pinatubo has impressed with a quick run-out at Chelmsford, where Appleby said: “We are delighted with the way he has strengthened and I think people will be pleasantly surprised by what they see on Saturday week.”

The daughter of legendary horse Frankel, Quadrilateral was unbeaten last season and was named as one of the highest-rated fillies in Europe. Winning the Maiden Stakes at Newbury on her debut last August, the three-year-old went on to win the Fillies’ Mile at Newmarket by a head, after overtaking Powerful Breeze in the final strides. There’s a lot to get excited about and it’s believed that Quadrilateral will make the step-up and reach the high expectations thrusted upon her. She’s an early entry for the 1,000 Guineas and the Oaks, both at the Curragh.