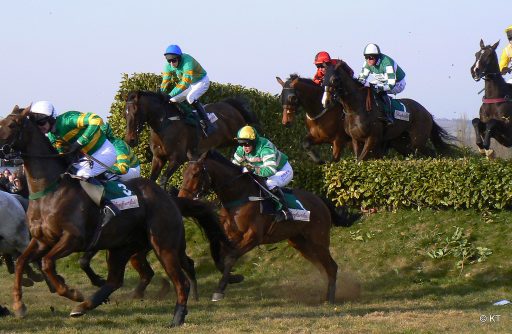 12.15 Ballymore Novices Hurdle, 2m4f Listed
I CANT EXPLAIN won too well on stable debut for inform Nicky Henderson to be not well fancied for this, although this will be a much different test at Cheltenham over half a mile longer on fast ground, the way he shaped and on breeding this will be right up his street. The form of his debut at Sandown has worked out well too with the 3rd and 8th horse winning their next adventures.
Mr Pumplechook looks his main danger, not only the way which he bolted up LTO in a maiden but his 2nd to Kateson the race before, Kateson went to boost the form heavily with a big run in the Grade 1 Challow Novices Hurdle just 3 lengths behind quite possibly the best Novice Hurdler we’ve seen this season Champ.

12.50 Handicap Chase, 3m2f Class 2
PERFECT CANDIDATE was a clear winner of this race 3 years ago, conditions will be a lot faster but he’s proved he likes any ground in the past and loves Cheltenham with 3 wins to his around here, the last was in November last year in a tough Grade 3 when beating 2017 Scottish Grand National winner Vicente who in turn was over 17 lengths in front of the rest of the field. Perfect Candidate done that off a mark of 152 and comes here 9lbs better. He’s started his season poorly, but it does normally take him a couple of runs to hit his peak and now fit, a good handicap mark, the return to Cheltenham and Paddy Brennan back onboard, everything’s set for a big run.
Some Chaos although quickly asserted in the weights after 2 clear victories, still looked as though he’ll win again soon when a good 2nd to a well handicapped horse, he was well clear of the rest of the field, the fast ground is perfect and he looks like Cheltenham will suit.

2.00 Handicap Chase, 2m4f Grade 3
A lot depends on the fitness of DIVINE SPIRIT, just the 3 chase runs to his name, he’s still very unexposed, his 2 wins hold good form and is just 8lbs above his last winning mark make him look thrown in if his improved over the summer, yard vibes says he’s schooled very well thou and is fit and ready for inform pair Nicky Henderson and jockey Nico de Boinville.
Last years winner Ballyhill should run another big race, he ran and won well LTO and won’t mind the drying ground, he has however been hit a bit too hard by the handicapper, but still will be thereabouts.

2.35 Handicap Hurdle, 3m Class 2
Paul Nicholls can do no wrong ATM and likely to walk away with at least another hat trick of wins from 8 races he’s names featured in throughout the day, he has 2 saddled up in this race and THE EAGLEHASLANDED is very appealing. He was due to go over fences after his last run, but he was very promising for most of the way, so the well handicapped gelding is given perhaps one last go over hurdles. He’s a C&D winner that thrives on quick ground, he’s 3lb under last winning mark and professional jockey Brendan Powell has been called up for his only ride of the day.
Consistent Shalakar should again be thereabouts, he keeps knocking on the door, but this will be the driest ground he’s contested on on British soil, he’s won on good on the flat in France before so it could be what he needs.

3.10 Relkeel Hurdle, 2m4f Grade 2
A wide open race after WHOLESTONE disappointed LTO in the Long Distance Hurdle at Newbury, but he did the same last year before coming here and dismantling the previous years winner Agrapart. Wholestone loves Cheltenham with his record around here reading 12113123, the two 3rds was even in Grade 1 class, so even after a weak previous run, it’s hard to look elsewhere.
If I had to then, Paul Nicholl’s Old Guard now back up in trip is worth a look, he’ll love the ground and was just 9 lengths away in last years race on ground he wouldn’t of liked.