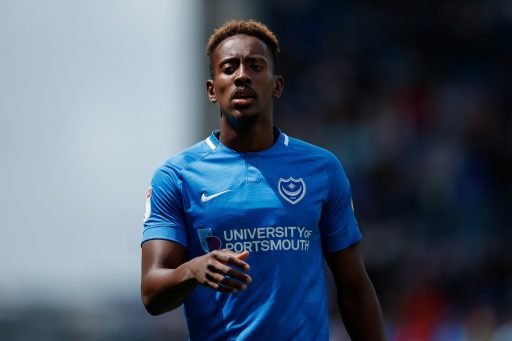 For a period in his career, Jamal Lowe probably would have laughed if you’d said that he’d be playing in the Championship a few years later. An unfulfilled youth career at Barnet resulted in a plethora of different loan moves, switching from club to club like the proverbial journeyman.

However, after finally finding his feet at non-league Hampton & Richmond Borough, Lowe soon earned a move to League Two’s Portsmouth, where he helped the club win promotion and establish themselves in the third tier. It was a meteoric rise for a player who at one stage appeared to be running out of time to fulfil his potential.

Lowe now finds himself at Championship side Wigan Athletic, and has become one of the EFL’s stand-out talents. The speedy, tricky winger plays with the kind of freedom that belies the struggles of his early career. In fact, overcoming those obstacles seem to have loosened whatever inhibitions once plagued the now 25-year-old.

During the time in which he was being shipped out to various non-league clubs on loan, Lowe worked as a P.E. teacher to ensure he could pay his bills. In an interview with the Daily Telegraph, Lowe said: “You can stand in front of a group of 20 kids and they don’t care what you have to say and then go to Fratton Park and there’s 18,000 people there, all anticipating a good performance. I’d say they are both as hard as each other.”

It is perhaps from that point of understanding that Lowe has achieved his success. Many footballers can become so enveloped in their own sporting prospects, so obsessed with the bubble that is the professional game, that they can forget there is a world outside of football. Lowe’s experience of working a normal job has undoubtedly given him a more rounded perspective.

His move to Wigan is the latest step in a career that lately has represented a steep upward trajectory. You will find the English Championship odds do not list the Latics as promotion favourites – rather at the time of writing they are hovering around the relegation zone – but at this early stage Lowe and his teammates have plenty of time to rise up the table.

Indeed, for the sake of Lowe’s career progression, it is important for him to be at a Championship club where he can be sure of game time. The prospects of many players have stalled as a result of making the wrong move, of joining a club where minutes will be limited. Wigan seems like a good base from which Lowe can continue to improve.

Despite being limited to substitute appearances in the first few games of the season, he has established himself in Wigan’s starting XI, and will be hoping that the step up to the Championship will not be a step too soon. There is little evidence to suggest that will be the case though, and after three seasons of success perhaps a relegation scrap would help Lowe develop the battle-hardened nous that is required in the tough school that is the Championship.

There were heady days at Portsmouth when Lowe was running the Fratton Park wing, rising up from League Two and into League One. In many ways the resurgence of his club at the time mirrored his own personal ascension from the ashes of those frequent loan moves. His success was a just reward for a player who lives, speaks and plays in all the right ways.

In that Telegraph interview, Lowe is keen to assert that money is not a driving factor in his life, that there are things more important than one’s bank balance, the shoes on their feet or the car on their drive. The goal for him is always to improve. Having got this far where it once seemed so unlikely, Lowe takes pleasure in the journey that has brought him this far and stretches out further before him. It’s been a long and winding road so far, but he is all the stronger for it.