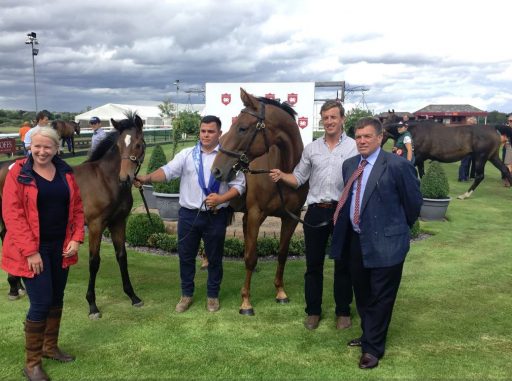 Following on with some of the most over looked sires of the game, since our last post about Poliglote, if you followed his kids blind since, he’s had 2 winners and three 2nds from 8 runners, returning a £15.75 LSP.

Today we’ll be looking at Great Pretender who as a racehorse, he was a 3yo Listed winner in France on the flat and a Listed winner over hurdles as a 5yo, he retired in the same year to stand as a sire. Among his finest, he had double Grade 1 winner along with multiple Grade 2 wins Ptit Zig, stablemate The Game Spirit Grade 2 Chase winner Mr Mole and 2017 Irish Ryanair Novice Chase winner Great Field. Below I’ll be pointing out his best chances at the bigger prizes, but it’s worth checking out the whole progeny in not so hot races as you’ll see them pop up consistently.

Starting with Great Field who as mentioned is a Grade 1 Novice winner already, before falling in his last race when a heavily fancied favourite, he won 5 on the bounce, his recent fall although his first, has been coming when practically making big mistakes in all chase wins, but even with the big mistakes, he’s a class 2 mile horse with plenty of speed, whether he’ll be able to beat the likes of Altior and stablemate Footpad remains to be seen, but he’ll surely be high on the list as their main danger.

Stablemate Benie Des Dieux is a Cheltenham festival winner when beating Midnight Tour & heavy fav Apple’s Jade in the Mares Hurdle on just her 4th run for Willie Mullins, she franked her form when winning the Irish Mares Champion Hurdle just 6 weeks later when again beating Apple’s Jade and this time Augusta Kate in 2nd, her main aim this season will to defend her Cheltenham Mares crown which already looks a thriller with Apple’s Jade looking at her absolute best when romping to victory in the Hatton’s Grace.

Claimantakinforgan impressed on chase debut on good ground which doesn’t look ideal, he then was well beat when outpaced behind recent Grade 1 Novice chase winner and 3rd Dingo Dollars & Lalor again on unsuitable fast ground over 2 miles, he looks to have more of an engine which is backed up by his 3-mile PTP win as a 4-year-old. I wouldn’t be surprised seeing this gelding winning a big race over 2m4f on more forgiving ground this season.

Cracking Smart is a Novice Listed Hurdle winner in Ireland and a Grade 1 & 2 runner up, his last run was impressive even over a too sharp looking 2m4f, he looks to be campaigned over 3 miles this season which will be well up his street and may struggle at first against more experienced rivals, but looks to be some force further down the line.

Amazing Comedy is French trained, so won’t be the best horse to follow, unless you watch French/worldwide racing. But the new to training David Cottin, who looks to be a future training star himself, he quit the saddle at an early age, but already has tons of experience with nearly 800 winners to his name and being named 3-time champion jockey. He started learning from a young age with his Dad Philippe Cottin being a respectful trainer and has been spending time and learning from some of the best trainers around, from the likes of Andrew Balding, Paul Nicholls & Philip Hobbs. Anyway, back to Amazing Comedy to who a few would recognise his name from running a big run in 5th at a huge price on unfavourable circumstances and on unsuitable ground in the Cross Country Chase at the Cheltenham festival for Phillipe Cottin. He was a recent acquisition from his Dad’s yard and we’ve already witnessed David’s training ability and with the gelding hacking up LTO. Amazing Comedy has an entry in this Friday’s Glenfarclas Cross Country Chase at Cheltenham, this time he should be on more suitable ground and in a handicap will see just 9-9 on his back, everything looks good to me.