The four horses to back ahead of the 2020 Grand National 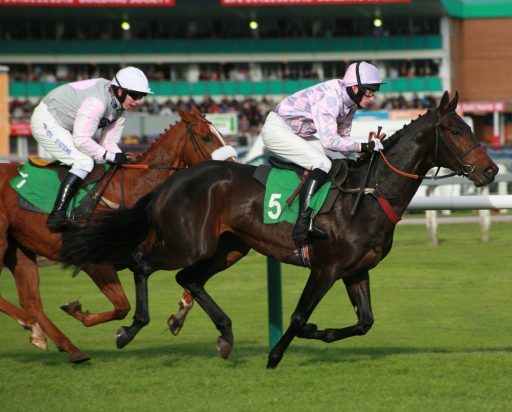 The most valuable and hotly-anticipated jump race is not too far away. We are of course talking about the Grand National, set to take place on Saturday 4th April. Staged at Aintree Racecourse since its inauguration in 1839, it is believed that 600 million people will be tuning in worldwide, and who can blame them? The excitement of the race stems from its unpredictable course, with horses jumping 30 fences over two laps – and the bookies’ favourite rarely winning. Such are the demands of the course, the larger fences create the ultimate test for horse and rider and more often than not, there are non-finishers, making it difficult to predict who will win if you bet on Grand National online. But who are the horses to look out for this year? Read on as we give our tips ahead of the UK’s most famous race.

There’s going to be an immense amount of pressure on the two-time winner, as Tiger Roll looks to make history.  Not only could he emulate and equal Red Rum’s record of three Grand National victories but also become the first horse to win three races in a row. The Gordon Elliott-trained 10-year-old hasn’t raced since that famous day at Aintree and in November underwent a procedure to get rid of a chip in his leg. Fans will be pleased to hear that Tiger Roll is back on the track, but it’s undecided yet whether he will feature at Navan on February 16th or Cheltenham on March 11th in readiness for the National.

Willie Mullins’ Burrows Saint has had his odds severely shortened, following success at Punchestown on New Year’s Eve. The seven-year-old’s win somewhat overshadowed 2017 Gold Cup winner Sizing John’s return after a lengthy absence, as he fell at the third last fence. Last year, Burrows Saint won the Irish Grand National at Fairyhouse, giving Mullins his first win in the race – and could well be worth a shout at this year’s Aintree equivalent if he makes his debut.

There were high hopes placed on Walk In The Mill in last year’s race as he won the Becher Chase the previous December. The horse from Mullins yard eventually placed fourth in the Grand National, which was no mean feat after being up against Tiger Roll. After securing the Becher Chase for a second year last December, anticipation will be high once again. With plenty of experience over the famous green fences and at 10 years old, can British-bred Walk In The Mill disrupt the Irish dominance at the Grand National?

Jessica Harrington’s Magic Of Light surprised everyone at last year’s Grand National when the 66/1 outsider almost upset the odds, but was beaten by two-and-three-quarter lengths by Tiger Roll. After competing in a debut to remember, Magic Of Light came third in the Navan Hurdle and won Newbury’s Mares’ Chase just last month, beating Drinks Interval for a second year running. She could look to upset the odds again this year and become the first mare to win the National since Nickel Coin in 1951.