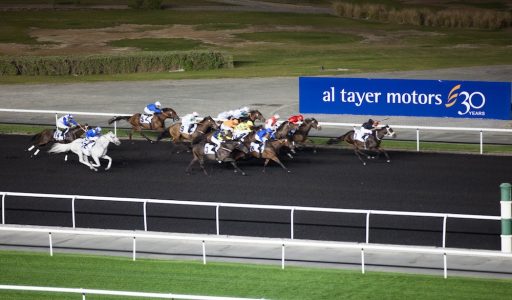 It’s the start of the Dubai World Cup Carnival and there’s a lot to like with some good races.

Vibes are strong from the Charlie Appleby yard for Ispolini, the Godolphin runner has recently been gelded and this will be his first run since, although his apparently working well at home, connections are keen just to get a run from him and go on from here. So, my attention turns to another Godolphin horse named BIN BATTUTA, he runs very well fresh and even thou 5, he hasn’t many miles on the clock. He’s progressing very well, he won a good handicap at Ascot and then was caught late home in the Melrose Handicap when last seen, this step back into 1m4f looks his optimum and gets the services of star jockey Christophe Soumillon.

Certainly, a race more to watch and take notes rather than take part financially. Daughter of Frankel Dubai Beauty close 7th in the Group 1 Marcel Boussac would look to have the most prestigious form of these on merit, but it looked to be the weakest of fields it seen for a while, which was arguably confirmed when the winner of the race was put to shame in the Breeders’ Cup Juvenile Fillies. Also, it’s unsure yet if Frankel’s kids have a liking for the dirt and her draw in stall 12 is far from ideal, so I’m pretty sure I’m against rather than for, but who to side with is the hardest to answer. One we know that’s in good spirit and ticks a few boxes right now is AL SHAMKHAH, she won her maiden on debut over this C&D in front of a few of these. Again, a race more to watch, enjoy and take notes.

Ibn Malik impressed LTO on his first run on dirt in a good Listed race, he has good past form earlier in his career and his mark of 100 is workable back on turf, the step back to 5f does look ok but I’d rather see him entered in the 4.15 race and be on a true 5f specialist like ORVAR in this, at 6 years old and 28 runs to his name, he wouldn’t strike you as progressive, but he’s been improving very well with age and his latest emphatic win while giving away weight in a conditions to the likes of Merhoob and Copper Knight works out very well and interests me here.

Not a strong race for the grade, trainer S Seemar has won this race 4 times, granted all with the same horse but still a record to admire from just the 7 renewals. He saddles up RAVENS CORNER here who was very slow away LTO when 4th behind Drafted here last month but was very eye catching when finishing better than anyone. On his day, he’s a freak, which we seen when he smashed the 7F track record early last year, is today his day? Who knows but at the odds, I’m happy to be on and find out.

Great looking race on paper, ex A O’Brien horse Deauville brings in the best overall form, he’s a Group 1 winner after winning the Belmont Derby and although not winning last season his 3rd in the Irish Champion stakes behind Roaring lion and Saxon Warrior when last seen is superior to all these. He’s since moved yards to Fawzi Abdulla Nass, now while he’s not the worst trainer, he’s absolutely no O’Brien. The most interesting horse for me is DREAM CASTLE, started his career as a 3yo where he showed good early form looked a potential star in the making, unfortunately his head wasn’t entirely on the game and didn’t progress as he should of. He returns this year after a gelding op which looks as if he’s been in need of and if it was, then the 12/1 in places will be made to look stupid.

Above n Beyond was 4th in a good race on stable debut in a similar race off 3lb higher last season, he hasn’t fared so well since but the step back into handicap company will suit more and no surprise to see him bounce back at big odds. But a safer option would be to back VICTORY WAVE, he’s clearly Saeed bin Suroor 2nd string on jockey booking, but it’s hard not to like his progressive start to his career as a 4yo and when last seen he won with plenty in hand and recorded an excellent time, just the 3lb rise looks lenient and is likely to follow up soon.