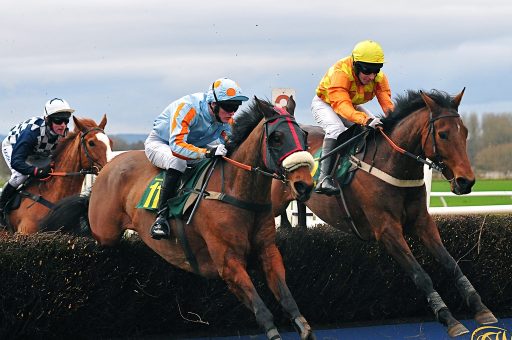 Trainer Archie Watson tries his hand in the National Hunt scene for the first time, the relatively new trainer has hit the ground running on the flat and has already established himself as a top trainer with a very exciting future, the ex William Haggas assistant has had stints in the past with Paul Webber and top jump trainer Alan King, so it’s safe to say he’ll know the time of day in thjs sphere. His first horse over the obstacles comes in the shape of Bazarov, an ex Irish horse from the John O Clifford yard, whose yet to train a career winner, so the horse is obviously potentially very well handicapped, his last run over hurdles seen a very promising 2nd in a strong form race, he was sandwiched between winner Chosen Hour who won again NTO off a 6lb higher mark and 3rd Cliondar Mo Chroi who also won his next race giving Bazarov a nice form boost which unfortunately hasn’t gone unnoticed by the handicapper with raising him 12lbs which will also be down to switching shores and to a higher profile trainer. But I’m still very positive he’ll still be well in and much better than this weak field.

Another that’s recently moved and the gelding will make his 2nd start for Kerry Lee since moving from Charlie Longsdon, the gelding was a 108 wining hurdler 3 years ago and just missed out winning off 113 later in the year, since then he’s been very lightly raced but had ran a few good races off higher marks, when switching yards he was off the track for over a year and made his debut not only for new trainer but over fences where he made a promising start, he was a little too keen early on which he was entitled too after a lengthy break and jumped a little right, but his first start over fences he was pleasing, especially on heavy ground which doesn’t look to suit, he not only would of learned a lot from that, but the drying ground will also be a big plus, his mark of 105 looks very workable compared to his hurdle form and likely to improve over fences.

Inform David Pipe has a good hand at Ffos Las today and his best chance is with this gelding who is a past C&D winner who was rated as high as 119, he didn’t live up to expectations and with only a good run here and there he steadily fell down to a mark of a 101 over a year period, he was given a wind operation last year which has looked to of brought back some of his old form, he won very well on his 3rd outing this season giving weight away to whole field, his next and last run again was very promising when again off top weight and beaten by a well treated The Crazed Moon who completed her hat trick, they was well clear of the rest field. Today Delface returns to Ffos Las on a mark of 107 which still looks well in on past form and there doesn’t look like there is as well as treated rivals as he’s faced recently.

You don’t get many Mark Johnston winning at double digit odds in low class races especially when in top form, but the inform trainer has had 2 in the last 2 weeks, the first was this colt when winning at 14/1 at Lingfield on the 15th, he’s a very bred son of Exceed And Excel, he broke out the gates very well and dictated the pace and looked in control, he was a sitting duck upfront for the field for a long time and looked vulnerable, but he kept on gamely to win by a short margin, he looks the type to be very progressive and we’ll see his best over further which was also evident when Joe Fanning struggling to pull the horse up after the line, but for now his quality should see him better this field.