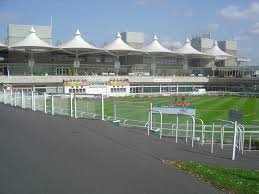 Gary Moore has 2 great chances in this race, his first Darebin loves Sandown, his record reads 1063 over hurdles and a better 3141 over today’s fences, his last win was early last month in just a 4 runner field, but wasn’t lacking in depth, he out jumped the field, made all from the front and set a good early pace and wasn’t flattered by an easy lead, a lot of positives to take from the win, he goes up 4lb for it and this is a better race, plus he’s 5lb’s out of the handicap, but jockey Charlie Hammond whose having a good season takes 5lb off the horses back to negate the disadvantage, my biggest worry is the strong race on offer, last years winner Gino Trail, Azzuri & Commis D’Office all like to set a strong gallop and will possibly all burn each other out and set it up for closers which will suit Gary Moore’s other runner Not Another Muddle, he’s very lightly raced and is an exciting prospect, he’s 2 from 2 over fences, he’s last victory was in a good race when giving away lots of weight to most of the field, the form was very strong with 4 behind that was well beat all winning NTO which included Vocaliser who won 3 from 4 and went 16lbs. He returns after a years break and is upped 10lbs which is very lenient if his fit, Aiden Coleman takes the reigns and is in very good form, an exciting horse to follow for the season even if not fit and needing the run just at present.

A very exciting renewal of the Scilly Isles, Lostintranslation won a exciting Dipper Novices Chase at Cheltenham LTO he beat Defi Du Seuil by just over a length, for me DDS was travelling the better and when hitting the front idled, so it may pay to be a little more patient and not get his head in front too soon, he is also 3lbs better off with Lostintranslation so I’m pretty confident he’ll reverse the form this time around, but the unbeaten Vinndication is the one to beat, he obviously loves right handed galloping tracks, he’ll love the underfoot conditions and although a couple of bad jumps in just his first 2 runs, he’s been very sound and took most eye catchingly well beating good opposition in the process, he strikes me one that holds a lot back for himself and that’ll improve for further and one that i like for the RSA at Cheltenham so this 2m4f looks the sharpest trip he’ll handle but i believe his quality will see him through.

Classic Ben chasing his first win over fences but was very eye catching LTO on his 4th start over larger obstacles, the ground clearly not suiting and being outpaced he looked well beat 5 out, but came to life after the last and finished a close 3rd, the stiffer course and the testing ground look to be massive pluses and will see the unexposed gelding at his best, he does enter into a tough race here so may pay to be with a safer alternative Shanroe Santos, he’s more exposed and will will have to defy a career high mark, but he’s a C&D winner and ran a huge race behind Beware The Bear in a very good looking race at Cheltenham, he was given too much to do to catch the winner, but got as close as could have with rest of the field well behind, there isn’t the quality as Beware The Bear in this field however the sharper trip isn’t perfect.

Archie Watson has a strong hand out today and has a good record at Kempton, his filly Probability is 1 of 2 races he tackles at Kempton today, she won her maiden in good style LTO beating Sea of Reality very easily who franked the form when looking like winning a much stronger looking race and was caught on the line by a well thought of £100k purchase Dahawi, even the 4th Reggae Runner who granted improved for the step up in trip NTO was unlucky not winning. Probability was given a mark of 73 which on that piece of form, looks very weak and she’ll make it look very silly within time.