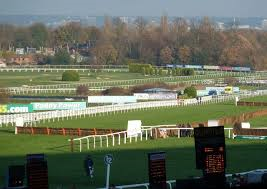 Obvious risks playing in these types of races, with the doubt about the experience of the jockeys, but the gelding looks a steering job after his last display just 10 days ago where he made his season reappearance after 9 months off for a bang inform Venetia Williams yard, he had them all off the bridle 3 out and jockey Charlie Deutshe sat on the horse motionless all the way to the line while the horse pulled away effortlessly from the field and won 19 lengths hard held, obviously could of won by a whole lot more, the handicapper has raised him 12lbs which is not only looking light but he only gets a 7lb hike in this race for the quick turnaround, so his extremely well treated and like I said a steering job if the horse doesn’t bounce.

This horse brings in the strongest form to the plate and had a great season, the dual bumper winner started the season in a hot Supreme novices trial at Cheltenham, he finished a just over 4 lengths away from now rated 153 Elixir de Nutz who has arguably the strongest 2 mile novice form on show this season is a Grade 1 novice winner when picking up the Tolworth at Sandown. Further behind that day and well beaten Colonel Custard who beat Glen Forza subsequently who went on to beat Kalashnikov by 19 lengths, also boosts Two For Gold’s form. Two For Two himself went on to boost the form and improve since going up in trip when making all easily at Wetherby NTO and then very game when beating Trio For Rio by a short distance, Trio For Rio is rated as high as 132 so Two For Gold’s handicap mark of 133 is lenient and the progressive hurdler from the bang in form Kim Bailey’s yard should appreciate handicap company for the first time.

Another race with doubts about the jockeys, but a little more confident on this jockey’s abilities as she does hold more experience and has won this race twice in the past (2011 & 2013) so she’s the right girl for the job IMO. Her mount Le Reve loves Sandown and his record here over fences reads 21131PP8P, an even better 21118 over this C&D, his last victory over this C&D was 3 years a go off a mark of 144 and went up to 149 which didn’t leave him many options, he’s since been highly tried off a harsh mark which included a try in the National where he didn’t embarrass, just 7 races since has seen his mark tumble very quickly down to 125, he capitalised when winning the Surrey National LTO giving him a mark of 130, he just creeps into this race and with the track, trip, ground, jockey, horse inform and trainer Lucy Wadham in great form and her only runner of the day, he looks the standout in this race.