Vow and Declare on Course for Melbourne Cup Double 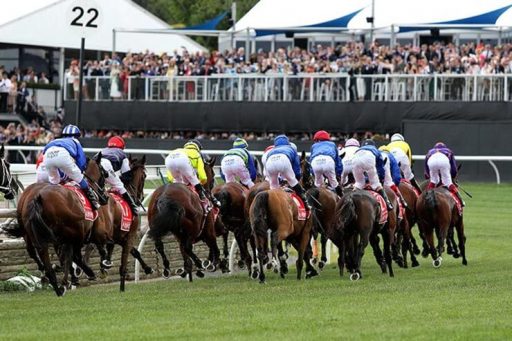 The horse racing fraternity inside Australia is starting to look ahead to this year’s Spring Carnival and for many, only one race can take its usual centre stage. The field for the 2020 running of the Melbourne Cup is just starting to take shape and a number of pundits are looking at one horse in particular.

Vow and Declare ran the perfect race at Flemington last November and, after a strong showing at the end of March, the Danny O’Brien-trained horse is looking in good shape for the double.

Ahead of some scheduled Group One renewals in Sydney, O’Brien took Vow and Declare, along with stablemate Miami Bound, to a race day gallop at Bendigo across the last weekend of March. It was a powerful pairing with the Melbourne Cup champion up against the horse that had claimed the VRC Oaks in 2019, but it was Vow and Declare who came through the stronger of the two.

O’Brien was happy with the run-out and punters would have taken notice of Vow and Declare’s performance. Early ante-post horse racing betting markets put the horse down as a 16/1 shot for a Melbourne Cup repeat in 2020 and those are odds that many are prepared to take at this stage.

History isn’t necessarily on Vow and Declare’s side as O’Brien’s mount takes a long look ahead to Flemington in November. The Melbourne Cup is a gruelling test of endurance, often in extreme heat, and a double is a rare event. Since the first running in 1861, only four horses had won the event twice before Makybe Diva’s unprecedented treble from 2003 to 2005.

Early ante post bets pose more of a challenge and much can happen between now and November 3rd but if Vow and Declare can maintain the form shown at Bendigo, that 16/1 price can only come down.

Trainer Daniel O’Brien gave a concise description of events during that gallop day and seemed happy, if not over-enthusiastic about Vow and Declare’s showing. Teaming up again with Melbourne Cup-winning jockey Craig Williams, O’Brien stated that the horse was ‘about to switch off’ before Williams regained his mount’s focus.

The trainer also claimed that Vow and Declare was never a great track worker but it’s the competitive racing that counts. The most recent outing produced a third-place finish in the Australian Cup on March 7th and while the horse has consistently placed, wins have been rare across his career.

There will be plenty of challenges from within the chasing pack: Surprise Baby is also listed at 16/1 in places and a gap then follows to Shared Ambition and 2019 Caulfield Cup winner Mer De Glace who was among the favourites for the Melbourne Cup twelve months ago.

The Melbourne Cup is tough to call from so far out but, of the active horses likely to be in contention at Flemington on November 3rd, Vow and Declare is looking in good shape in the long lead up to the off.