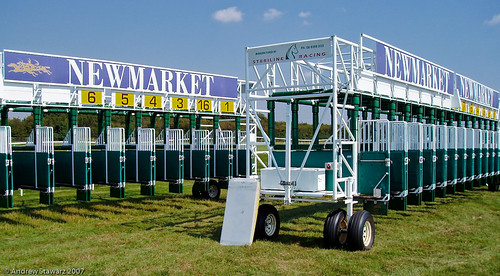 The first British Classic of 2020 is now slated to take place at Newmarket on the first Saturday in June.

The Rowley Mile will host the 2000 Guineas a month later than originally planned and Charlie Appleby’s superstar-in-the-making Pinatubo will be the one they all to have to aim at.

The Godolphin-owned son of Shamardal won all six starts as a juvenile in 2019, culminating in an impressive Group 1 double via the National Stakes in Ireland and the Dewhurst at Newmarket, the traditional championship race for two-year-olds in Britain.

His seemingly endless pool of untapped talent means that Pinatubo is generally an odds-on chance in the horse racing betting to win the 2000 Guineas at Newmarket.

The Classic will be his first attempt beyond 7f but his experience of Newmarket stands him in good stead and he seemingly has the world at his feet. That said, he must prove he has wintered well and he’ll be going to Headquarters without a prep run.

With the market generally showing around 8/1 bar Pinatubo, punters may be seeking an each-way player against the likely favourite. Here are three plausible contenders.

Aidan O’Brien’s colt twice finished behind Pinatubo last season, including when runner-up in the Dewhurst at Newmarket. Seamie Heffernan’s mount made the running that afternoon on soft ground and, briefly, looked to have chance of holding on before the odds-on favourite picked him up and won by two lengths. Still, that was progress as Pinatubo had beaten him more than nine lengths a month earlier at the Curragh.

Ryan Moore has won the 2000 Guineas twice in the last five years for trainer O’Brien and the leading pilot sees Arizona as one that should have strengthened up enough to be a contender for Classic success as he recently confirmed when he suggested: “They change from two to three and I felt he was a horse that would have carried on improving.”

Like Pinatubo, the Ger Lyons-trained Siskin was unbeaten at two, winning his four starts and counting the Group 1 Phoenix Stakes amongst his achievements. He’s yet to run further than 6f and the form of that Curragh win certainly leaves him with something to find on the Appleby colt, given the runner-up Monarch Of Egypt was down the field in the Dewhurst.

That said, Siskin hasn’t yet been tested to the pin of his collar and Khalid Abdullah-owned colt could be another one to consider, particularly if he improves for the mile trip.

A late-appearing two-year-old from the John Gosden yard, Palace Pier left a strong impression with his two autumn wins. The son of Kingman twice scored over 7f at Sandown with plenty to spare, eased down when stringing out his rivals despite conceding a 6lb penalty in September in novice company.

The form of that win was boosted later in the year on turf and on the all-weather circuit and, while he lacks the Group-race experience of some of the leading contenders there’s no doubting that this Sheikh Hamdan Al Maktoum-owned colt has lots of scope for improvement and could be a player at a decent price for Gosden-Frankie Dettori team.