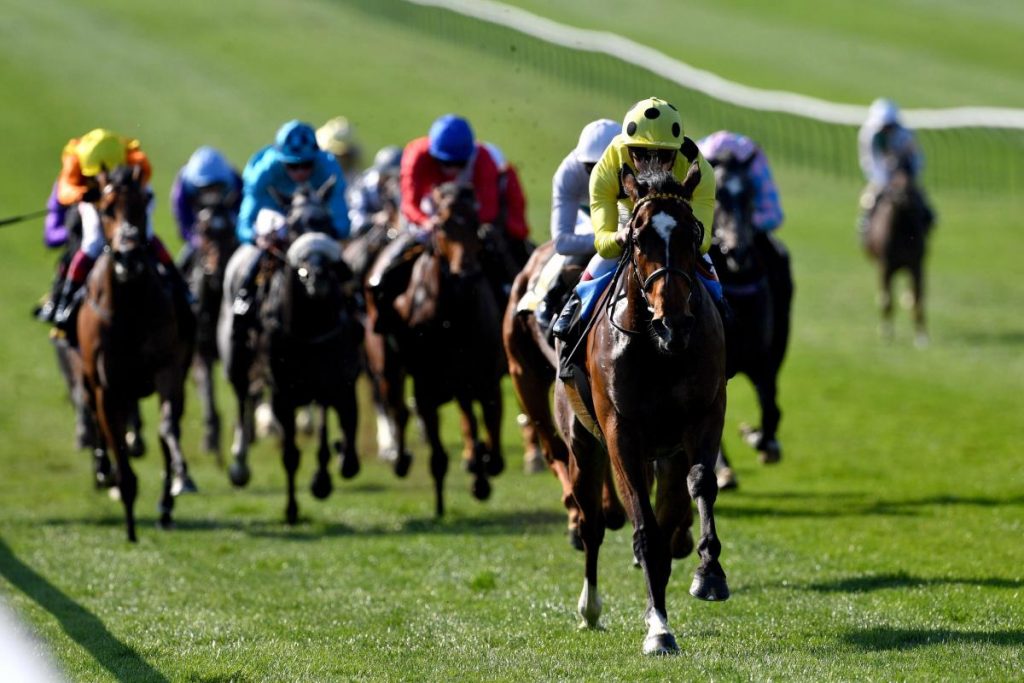 Enjoys it round here with his record reading 14441, his last win was the start of November over this C&D with today’s Cieran Fallon onboard who also dropped his whip in running which needs marking up, the form of the race is solid with the 2nd & 3rd nearly winning NTO and the 4th doing the deed with another further down the field also winning NTO, he was only raised 2lbs for that which is lenient on all accounts. He ran a good 3rd at Chelmsford LTO when last seen under Shane Kelly but has since changed yards from Brendan Powell to Mike Murphy which is a trainer boost and 7lb claimer Fallon is back onboard which is a huge boost, he also has a nice draw in stall 3 unlike his closest rival Rewaayat in 9.

The only filly in the race has a nice pedigree, she’s a 5 and half furlong sprint winner on the turf on her 3rd start, she’s since ran some big races over further in some good class 2 2yo races, on her penultimate run in a mentioned class 2, she was just behind I’ll Have Another who placed in a listed event NTO and further ahead was Stay Classy who was 2nd in a Group 3 in France NTO, that form is solid. Winter Light finished her 2yo career on her first start on the AW where she made a winning debut back in class in a weak class 4 novice, she made very easy work of the field, making all with a big penalty on her back, she won by 5 lengths which could have been a  whole lot more with being heavily eased, she certainly brings in the most impressive visual form to the race and the handicapper hasn’t touched her previous rated 87 mark. Trainer Richard Hughes is in good current form and started the season well, he books Jim Crowley which is a big eye catcher as they never team up and the jockey himself is flying already with 3 winners from his last 6 rides in GB, the filly gets a nice draw in stall 2 and looks suited to the Lingfield course.

Had nice bumper form to his name and improved tons over hurdles, on debut in a good class 3 novice he was he was 18 lengths behind a big subsequent class 2 winner at Kelso who also ran a big race in the Grade 1 Top novice hurdle at Aintree. That piece of form was after a 614 day break against race fit rivals, so it needs marking up, he then ran a fine race at Fakenham when upped in trip half a mile, he was just outpaced by the eventual 4 length winner who is rated 124, RTB makes his handicap debut off a mark of 117 which looks very lenient already on form but has scope for plenty more on just his 3rd start over hurdles for top trainer Nicky Henderson who just has the 2 runners out today and a strong 31% strike rate at Warwick.