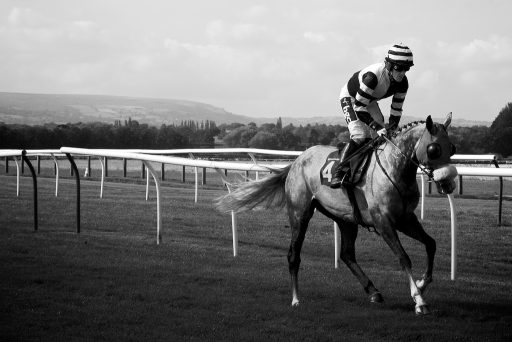 Won this race in 2017 off 74, similar to that year, he made his reappearance on the AW first as a leg stretch or prep run, this time for new connections and also in striking fashion when recording a AW career best when a close 2nd on not so favoured surface, a return to a fast turf surface will be more up his street, he’s 6lbs under his last winning mark and Jason Hart who knows the gelding well is back onboard. The usual front runner will love the distinct lack of pace on offer and loves fast ground, he doesn’t look to have the best of draws in stall 10, but with no pace on his inside and when winning this from stall 14 2 years ago shows it’s not as bad as it seems.

Once a 126 rated hurdler and just 11 lengths away from 5-time Grade 1 winning Defi Du Seuil who was rated 157 over hurdles before recently excelling over fences. Although that form was over 2 years ago it shows what the gelding was capable of. Since then the gelding has been tried on the flat and fences, he won well over the larger obstacles on just his 2nd start and was given a rating of 132, after another 2 decent runs, he returned to hurdles in not so hot form but handicapper has given him a right chance with dropping him 26lbs in just 18 months (9 runs). When last seen he returned to form off a low 100 mark just 5 days ago, he was very well backed and looked like he had the race wrapped up easily, but he hit the front way too early and idled upfront and was caught close home, he’s due to go up 5lbs for that but escapes that here and with turned out so quickly, it shows the stables intent.

This gelding has been in flying form this year with 4 wins to his name from 5 starts, he’s improved tons for the step up to staying trips and hasn’t been penalised too harshly from the handicapper with a fair 18lbs hike since the start of the year for a combined 20+ lengths wins. When last seen in a good looking novice event, he took them along at a good gallop, he did make a couple of noticeable mistakes but kept his composure well, after looking to take them along too quickly he looked in a little trouble when taken in the back straight but rallied strongly in the final straight to show he looks very well in with a winning battle with Boughtbeforelunch with the rest of the field well strung out. He does go up 8lb for that, but with less early pace on offer he should have a lot more to spare in his finish and the progressive gelding should take it in his stride.