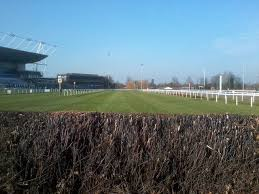 Not the best Saturday’s action we’ve seen for a while, but even so a few nice races and I’ve looked at the 3 best races of the day and feel pretty confident.

Everything in place here for a huge run from Charbel, although the gelding is very versatile, he still thrives on flat right-handed courses, although he’s yet to run at Kempton, he’s latest win and career best at a similar Huntingdon course says he’ll enjoy Kempton too.

The geldings form this season is of the highest and Grade 1 winning if in the right race, he beat Baron Alco in a handicap giving away 12lb, Baron then went on to frank the form when beating a strong field which included Frodon in a Grade 3 Handicap at Cheltenham. Charbel carried his form to Ascot when a very close 2nd to a past Grade 1 winner Politologue, that form alone is worthy of winning this. Charbel didn’t stop there, he then went on to win the Grade 2 Peterborough Chase in emphatic style and recorded a career best.

The cheek pieces are sensibly retained, the yard notably book Nico de Boinville who’s having a fine season and loves it around Kempton also the dry fast ground will be right up his street and a big disadvantage to his biggest rival Top Notch.

With Birchdale withdrawn down to a vet’s certificate, Tidal Flow is the obvious looking winner on paper. The gelding is 2 from 2 over hurdles and his latest win looks very smart when beating a highly thought of odds on Downtown Getaway who was a £350k purchase after bolting in, in a strong bumper in Ireland. Tidal Flow was even giving away a 6lb penalty to the Nicky Henderson trained gelding which marks up his performance and warrants him a crack at this much higher Grade of race.

Trainer Philip Hobbs has a good record at Warwick with a 21% strike rate and with 58% placing in the top 3 in the last 5 years and sends just the one to Warwick today, jockey Richard Johnson also has a similar 21%-win rate and 53% placing in the top 3. The gelding will appreciate the ground and won’t mind the sharp track.

A competitive renewal of the Lanzarote even if not the strongest, the horse that impressed me the most LTO was Darling Maltaix, where he tackled todays trip for the first time and finally broke his maiden tag over hurdles on his 10th attempt of asking. A gelding that’s always looked to have ability but just getting the right conditions to show it.

He won the race effortlessly under Lorcan Williams who know the horse extremely well for riding him out every day, he does have a 12lb penalty for that success but the manner of the way he cruised to a 4 length victory shows he has plenty more to give and with And The New One + Cotswold Way in the field, we’ll get a fast pace early gallop which will play into the hands of a closer like Darling Maltaix.