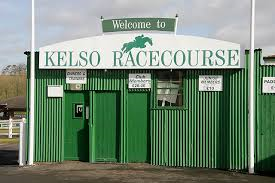 Trainer David Griffiths is in terrific recent form and he won this race last year with Pearl Acclaim, this year he tackles it with Ornate who has taken a real liking to the course, the gelding only recently tried the fibresand where he came very close twice in stronger class 3 events and then broke his duck when stepped down to class 4 company with today’s jockey Phil Dennis. There was a lot to like about his victory, he broke sharply, set a good gallop and when asked pulled away from the field and with Phil Dennis struggling to pull the horse up after the line, tells me the horse has plenty more to give.

The gelding’s 6lb penalty looks nothing, not only on visual evidence, but with the horse rated 16lbs higher just 17 months ago, he’s well in ATM and should defy the penalty especially with the pace of the race looking to suit him once again.

Trainer Alexandra Dunn has been ticking along well over the course of the year and has built up a strong relationship with exceptional young jockey Rossa Ryan, especially on the AW where they have a 24% strike rate and +£30.5 level stake profit teaming up together. Rossa Ryan travels to Southwell for just the one ride where he has a decent 18% strike rate and +£16.38 LSP.

They team back up with ex Italian gelding Azari who is 2 from 2 at Southwell both with Rossa onboard and the last victory was by a very impressive 7 length victory, on that evidence the 6lb penalty is far from enough to stop the gelding, the only worry would be if the blinkers tried for the 2nd time don’t have the same desired effect.

A past Novice Grade 2 winning hurdler over this course for Malcom Jefferson, the gelding loves it around here with a perfect 3 from 3. Mount Mews has just the 3 runs over the bigger obstacles so is open to plenty of improvement and this is his debut for his new yard Donald McCain who has a good record himself at Kelso with a 20% strike rate and with 52% covering the top 3 places.

The gelding runs very well fresh and is versatile ground wise, the yard book Brian Hughes who knows the horse very well and with this looking the weakest race he’s faced ability wise, he should be too good for these if fit.

A very weak race that won’t take much winning at all, Choochoobugaloo has been knocking on the door since her switch to bang inform yard Sam England, this will be Sam’s first trip to Kelso which is significant. The mare as previously mentioned has come close in her last 3 runs and the form of her races are all working out well, she hasn’t been hit that hard by the handicapper and being entered in this mare’s race will be more ideal.

Sam’s husband Jonathan takes the reigns once again and this will also be his first race around Kelso, but he has a good record around sharp left-handed tracks and he also in great recent form.