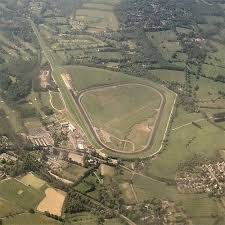 Expected better from today, especially after the first won well, the others all came in 2nd, but with the winner winning at 3/1, there’s no harm done.

Trainer Venetia Williams is in fine form and she sends 2 to Lingfield, both I can see winning, the first Air De Rock is extremely unlucky not to have a win or two next to his name, on his penultimate run he was 5 lengths in front and travelling very well on the bridle before getting the 2nd to last fence wrong and falling. That was just his 2nd run over fences and was hit with a 6lb rise, his next run was just as eye catching and again was very unlucky when just beat on a head bobber. He was beat by an unexposed gelding and looked like a further in time would suit more, they pulled well away from the rest of the field and with the quick turnout he won’t face being accessed by the handicapper and there doesn’t look like any stiff competition or unexposed types like last time.

The gelding won impressively even though by a small margin, he looked well beat before the last, but his stamina proved to be too good against a good field and the front 2 was well clear of a strung-out field. He went up 6lb for the victory and ran a fine race when 2nd NTO, the race wasn’t run to suit, but he came with an eye-catching late run but was given too much to do to catch the front runner and eventual winner. Jockey Tom O’Brien takes back the reigns from James Best, not only did he get the only win on the gelding but he’s in brilliant recent form and riding very confidently.

The gelding loves a galloping track like Newcastle, he’s a C&D winner who ran a huge race behind a well backed favourite at Catterick LTO, they were 12 lengths ahead of the rest of the field. This race not only looks easier but the return to a galloping track will suit more and bring the best out of him.

As previously mentioned, this is the 2nd horse of the inform Venetia Williams, the mare is still a maiden but only the 3 runs for these connections. Her last run was very solid when a close 3rd to Uno Mas who since boosted the form when an emphatic 13 length winner in a better race. The unexposed mare gets the services of exciting young jockey Miss Lucy Turner.