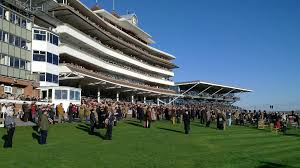 The gelding beat Percy Street when a well backed favourite the end of last year, that was just his 4th run in handicap company and his 1st on good ground, the gelding travelled and jumped very well, he goes up 6lb for the victory but the services of 10lb claiming Niall Houlihan means his very well in. The ground to suit again, he’ll like the galloping course, and this is drop in grade, the unexposed gelding is set for another big run.

He defied the gambled-on Target Zone over this course just 10 days ago, he was weak in the market and went off 25/1 but won like a short-priced fav when being eased down late on when the race had been sealed. He’s bred for further so this step up to 1m2f will see more of an improvement. Nicola Currie takes the reigns once again who is in brilliant recent form.

Won on just his 2nd run over fences when relishing a sounder surface, his stamina proved a real asset while not jumping all that quickly at many obstacles which included the last where he was slow while his challenger was quick and hit the ground running, but Quarenta knuckled down and wore down Muckle Roe impressively, he’ll come on for that run and would of learnt a lot, he does go up 6lb but very unexposed.

The gelding won first time out for new connections and took his tally to an impressive 3 from 6 on the AW 3 from 4 in handicaps and 3 in a row all at Kempton. His last victory was his most impressive from a similar draw he broke well and eased to the front and when asked pulled away from the field and maintained a good gallop to the line with just 2 cracks of the whip, he goes up 5lb for that easy victory and has to face better company here, but he does still look open to further.