19th May betting tips and preview 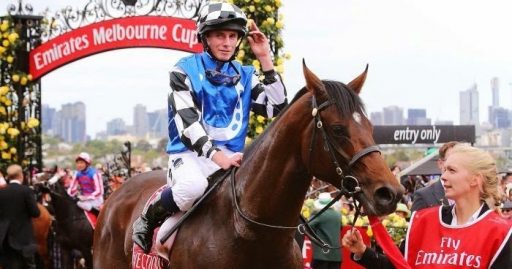 Aiden O’Brien has won this 3 times in its 5 years history and today is aiming for for 3 years on the bounce for both trainer, jockey Ryan Moore and for sprinting sire Scat Daddy. So Perfect juvenile form is the standout of the field, she was the Group 3 Grangecon winner at the Curragh before a very close 2nd in the Group 1 Keeneland Phoenix against her opposite sex before another close place in another Group 1 in the Cheveley Park Stakes at Newmarket. She returned this season in a good looking Group 3 Fred Darling at Newbury over 7 furlongs for the first time, she claimed the lead over a furlong out and while seeing out the extra furlong she still looked she’s more suited for sprinting trips and was just pipped towards the line and finished just a short head in 3rd under jockey Wayne Lordan. Today she’ll be fitter for the run, the return to 6 furlongs looks a plus, Ryan Moore back onboard looks a big plus who not only looks to get the best from the filly but rides Naas very well and has been farming wins in Ireland already this season, especially in the 3yo division, the filly looks to go on any ground but has produced her best on faster surfaces like today’s and has a nice draw from 6 with the majority of the pace in the higher stalls a big help.

Big 2yo season, his first when a close 4th on debut in a strong maiden just behind a subsequent Group 3 winner Guaranteed and in front of Norway a Listed winner and Anthony Van Dyck a Group 2 & 3 winner rated now 118. Since that effort he placed in another strong maiden, again behind Guaranteed and sandwiched between another 2 subsequent winners before breaking his duck on his 3rd attempt again in another strong form race at Gowran beating South Pacific whose rated 92 and back in 4th was Trethias whose rated 97. He was given a mark of 87 for that which on evidence on what his beat already looks very lenient on his first run in a handicap, he’s also been gelded which could also bring out further improvement. He’s weak in the market at present which may indicate he needs a run, but for me he looks too well handicapped to pass on and his class should see him in front IMO, plus trainer Ger Lyons horses have taken a little while to get going this season and may be another reason the market is against on first time out for the season, but the trainer now currently has them in top form and is banging in the winners or coming close. Jockey Colin Keane is also is top form and has a very healthy +£67.59 level stake profit at Naas in his career, one to back blindly at the course.

Was rated as high as 86 July last year after a impressive back to back romps at Nottingham and Haydock and a close 2nd in a good race at Carlisle even after losing a shoe, he’s since looked to of struggled off his new mark against tougher class rivals which has seen his mark tumble back down to a more realistic 72 which is 4lbs under his last winning mark, he steps back into class 5 which is the first time on the turf since his last win and he won this race last year under today’s jockey Ben Sanderson after a very bad break but pulling well clear of the rest of the field with King Crimson who franked the form with his immediate efforts since. Recent form has not been so good for Dapper Man and does need a revival, but he does come alive this time of year with all wins coming from April-July and trainer Roger Fell also thrives around this time of year and hit a nice double yesterday and just has the one runner today.