22nd May betting tips and preview 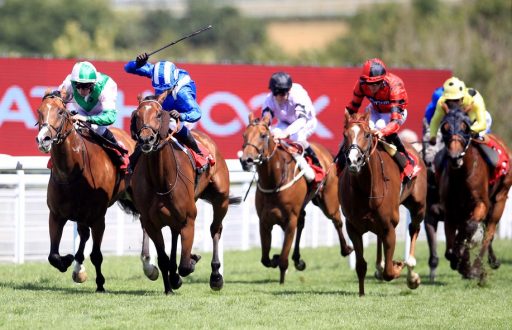 A very weak Listed race that won’t take much winning and the strongest form comes from this mare, she’s the highest rated in the field and was rated 100 this time last year and placed 3rd in a Group 3 at Epsom on Derby day, she finished the season over this trip for the first time finishing strong through the line in 2nd proving to handle trip and deserves another chance looking unexposed over these middle distances. She returned this season in a good listed race at Kempton over a mile impressing after a break, she should come on for the run and looked outpaced in the finish but plugged on again looking like this trip will be a big plus, the form took a big boost when the 3rd Rawdaa finishing just a neck away from Lah Ti Dar next time out in the Group 2 Middleton Fillies at York last week. Roger Varian is having a good season, especially with his elders, he sends just the one to Ayr which is a long way and a course he barely enters but does have a 33% strike rate when making the trip, similar to jockey Atzeni who also is having a good season and has only run at Ayr just once but made it a winning journey, he also just has the one run today which is very significant.

Won over C&D twice in 2017 with Graham Lee onboard off marks of 71 and 73 to be given a mark of 77, she quickly dropped down the handicap after a unsuccessful spell on the AW to a mark of 66 where she took advantage of her dangerous mark when back on the turf at Musselburgh in August last year, just 4 runs to her name since in some descent races for the grade, she’s still on a attractive mark of 69, 4lbs under her highest winning mark, her last run was pleasing to the eye in a good form race so far and the pace of this race looks perfect with Corton Lad and Guvenor’s Choice very likely to set the race up for closers like Maulesden May. Trainer Keith Dalgleish is in hot current form with a 29% strike rate the last 2 weeks and hit a hat trick on Monday, he has 3 in this race with the pace setter Corton Lad one of them which looks significant.

Won over C&D roughly around this time last year in a good form race, he backed that form up himself when winning a 3yo class 3 NTO before taking on his elders and impressed from a bad position to finish a strong 3rd to be rated as high as 96, he struggled off that mark in a class 2 at Newmarket, looking below par and the ground not really looking to suit which prompted a gelding operation. He returned this season after a long 252 break in the first time hood, he was ridden patiently off the pace perhaps a bit too cold but shaped well and was encouraging strong in the finish just beaten by a well bred Frankel gelding while giving away 6lbs, he certainly looks very handicapped and looks to have a good season ahead, the hood is removed which looks a good move to offer a bit more heat.