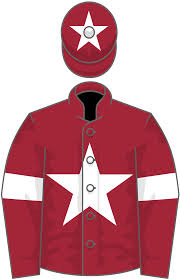 Invitation Only sits at the top of the betting but not only a horse I’m not convinced by, as I’ve touched upon a couple of times recently, the Willie Mullins yard is far from firing and has seen a load of favs losing and even a large amount of odds on getting turned over, mainly noticeable with his chasers which is backed up by him just running 2 in the last 2 weeks which is very unlike him and compared to the 20 his sent over hurdles I’m even more certain half of his yard are unwell or over coming a bug/virus of some sort. He also saddles Total Recall who I do like more than Invitation Only and was well clear of him LTO with both coming off near identical breaks, both would have come on for the run, so I’d stick with TR, but again with yard issues I’d pass on both.

Tout Est Permis is one of the least exposed since his switch to Noel Meade yard from Mouse Morris yard, since the switch his won his last 2, while not looking to beat a lot, he’s still done it well and certainly looks more to give, while I won’t be surprised to see him win, I still think this is too big a step up in grade and the sharp trip not in favour.

Sub Lieutenant will like the ground and the past 162 rated gelding has been a runner up in grade 1 events, he loves a undulating right track so everything set up for a big run, he was however well below form when last seen behind Invitation Only and Total Recall, the sharp trip may have been the reason and may need further like his last win over 3 miles, or he simply wasn’t up for it on the day and if that is the reason and he’s up for it today, he’ll be dangerous.

But preference is for Gordon Elliott’s mount, the trainer has a great record in the race, he’s won it 3 times from 3 in the last 4 years and has 2 outsiders saddled up for this year, which includes last years winner A TOI PHIL, granted he didn’t have to beat much and this will be tougher, plus the ground much quicker than he prefers even if he has won on ground this firm in the past a couple of times, but with all the negatives it would be no surprise to see this horse return to form with Jack Kennedy back aboard, it’ll be the first time he’s ridden the gelding this season who knows and has gotten the best out of him in the past, plus the gelding returning to a right handed undulating course will also see him at his best and is very appealing at his huge odds.