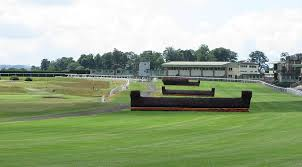 Landecker won this race last year off a 6lb higher mark, he loves Kelso where all 5 of his victories have been around, he returned to form LTO behind Dimple whose since boosted the form with emphatic 20 length win in a class 2 off a 13lb rise, he does however prefer the ground with juice in, so preference is for Mighty Thunder who broke his maiden tag over this course LTO, he relished the good ground and the longest trip he’s faced to date. His 112 mark is very workable, and the extra trip again looks like it will bring out more, the cheek pieces are also applied which also looks like it will bring out more as he doesn’t always look like his eyes is on the prize. The consistent Arthurs Secret likely to follow them home.

Working Class has been improving slowly and finally broke his hurdle maiden tag on the 8th time of asking but took the stewards to reward him the race after finishing 2nd after being bumped, the form of the race isn’t very good, and the gelding only managed 3rd NTO and this is tougher again. Sparky Stowaway makes his 3rd run for new connections here, he ran a good race LTO in a slightly tougher race over this course, the headgear is applied today so could improve again. Falcon Sun has been improving well all season after a wind operation late last year and since the application of blinkers, he’s been running against tougher competition than these and finally broke his maiden tag LTO on his 7th try and his first over this C&D, he won very well and a 7lb rise from the handicapper looks tame, the ground and course again are in favour, he takes a drop in class and the lack of early pace is ideal, expect him to make all.

Craig Star loves sharp tracks and his best results have been around Kelso’s sharp track, he won around this time last year off a 4lb higher mark but in a much weaker race, today he’ll enjoy the underfoot conditions and the drop-in trip but should find a couple of these too good. Katgarry one of the best treated in the field, he’s not won for over 2 and a half years but did run a fine race around here this time last year in a similar race off 4lbs higher, effectively 11bs better this year with confident 7lb claimer, so likely to go close. Sky Khan however really took the eye over an unsuitable galloping Wetherby track, that was after a break and was a good 4th just 4 lengths off first place after not jumping all that well and bad track positioning, he would have come on for that run and a return to a sharp track in favour today, the well handicapped gelding looks dangerous.

Outrage is in excellent form and loves Newcastle, his record over this C&D reads 81111, although thriving and conditions to suit this conditions race surely wont suit and should find a few too good. For instance, Encore d’Or is 15lbs superior to him on ratings, he didn’t too well around here too well on his only visit, that was along time ago and he has won on tapeta before, so I’m not too concerned. He returns on the back of a month break and when last seen was in brilliant form when winning 2 from in 3 good handicaps and then a huge close 2nd in a strong Group 3 at Dundalk, if he returns in that form then he’ll carry on great record on the AW.

Brought to by Russell Blair Racing