27th May betting tips and preview 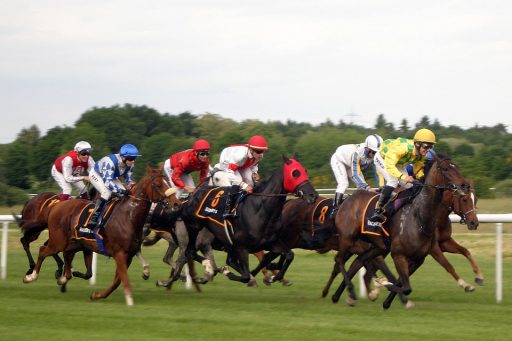 Very unexposed 4yo with just 8 runs to his name and only 3 runs over this 2 mile trip which reads 221, the latest when winning a good class 3 0-90 race at York earlier in the month, he enjoyed a good gallop upfront and the hit the front effortlessly before quickly away from the field, he looked to have plenty in hand and only goes up 4lb for the victory which looks extremely lenient for the progressive gelding and drops into a easier 0-85 against much weaker company, he runs at Chelmsford for the first time but has proven he handles a polytrack surface. Trainer Charlie Fellowes is in good spirits and has a good record with his elders on the AW and a positive LSP at Chelmsford with his 4yo+, he has just the one runner out today and books Stevie Donohoe who was on the last time and is in good form with 5 winners the last 2 weeks.

Won on debut very stylishly in a Nottingham maiden last October which earned her a crack at a Listed race at Newmarket, she was very well backed and shaped well before not picking up in the business end, perhaps outpaced, off the back of that she returned this season upped in trip in a novice race the beginning of the month beating a very highly regarded John Gosden filly Illumined who they predict is a Group filly within time. She gets a handicap mark of just 84 which looks very workable and steps up again in trip which visually looks a big boost, Ryan Moore is booked which you don’t see often for the yard and is another big plus, he’s in his usual good form and hit a treble yesterday over in Ireland and has a good record at Windsor the last 5 seasons with a positive LSP and good 28% strike rate, trainer Simon Crisford doesn’t travel to Windsor often and sends just the one there today and has a impressive £89 LSP at the course.

Was rated 72 for his last trainer Ann Duffield after a unsuccessful run owner Stewart Raines switched yards to David Barron and he quickly broke his duck off very dangerous 59, a relatively poor run followed but returned to form the start of the year and recorded back to back victories at Southwell and at Redcar off a mark of 59 winning easily and was only raised 3lbs, he ran a below par run NTO but on slow ground which looks to clearly not suit before a huge run the end of last week at Haydock when not getting a run at a crucial time and letting the eventual winner get first run, but flew home when in the clear and surely would of won, that was his first run on fast ground for David Barron and surely would of won if getting a gap earlier, he’s unpenalised for that run and is quickly turned back out and should get his due rewards in a significantly easier race.