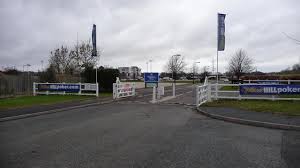 Ascot De Bruyere returned to form to make it 2 from 2 over this C&D, on paper it was a weak contest and he goes up 6lb for the win and still may be well treated, but will have to win off a career high mark in a tougher race I’d rather look elsewhere. Trainer Sue Smith won this race last year with De Vous a Moi and she tries to defend her crown with Straidnahanna who’s not only won over C&D before but back on a winning mark. His last effort in a very tough 0-150 race was pleasing even if well beat in the finish, it was just his 2nd run after a lay off and he kept up with a good pace for a long time and jumped very well, he showed signs of tiredness late on and fell away quickly, but the form of the race is good with the 2nd winning a Listed race NTO and if he’s again gained fitness for the run, he should be a dominant force in this much easier race.

The ground should be testing tomorrow after the recent conditions and likely more rain to come which should suit She’s Gina, she won over C&D around this time last year on heavy ground, she’s won again since off today’s mark around Warwick proving to show a liking for sharp left handed tracks, since she hasn’t shown the same form and has been well beat in all 3 runs this season, a return to a left handed sharp track will suit and cheek pieces are applied and if they do the job, she’ll be hard to beat, if the cheek pieces don’t do the job the Evan Williams On The Rox could be very handicapped on his first handicap appearance, he comes into the race on a mark of 110 and his 18 length defeat to Betfair Hurdle favourite Al Dancer whose now rated 141 makes him look very dangerous and could of been preserved since for when handicapping like today.

Turanga Leela has shown a real liking for Wolvo, she’s 2 from 4 over C&D, the last was LTO last month for Ian Williams yard, she beat the gambled on The Establishment when making all with Stevie Donohue onboard, she only goes up 2lb for the win and Stevie is booked again which is very significant as new trainer John Mackie never uses the jock, my big worry thou is the pace with Tavener and Big Time Maybe in the field could all ruin each other’s chances if they take each other on early and set it up for closers. Santafiora is another that likes Wolvo, she’s 2 from 3 over C&D and is after a hattrick here, although only a narrow victory LTO she looked good for more and the 3lb rise may not be enough to stop the hattrick attempt.

The best race of the day and the most confident Selection is James Street, trainer Hugo Palmer’s horses are running extremely well and he sends 2 to Wolvo where he has a brilliant record, but his colt in this was very eye catching LTO at Lingfield, the tactically run race didn’t suit him at all but finished better than anyone and finished behind Deep Intrigue who he had beat the previous time they locked horns when in a truly run race. This will be just his 2nd run in handicap company and his mark of 89 will be made to look very silly, very soon especially when upped in trip later in the season.