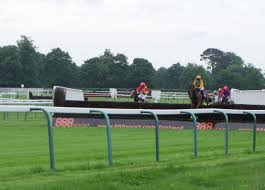 Dalkadam keeps giving the impression he’s ready to strike with visually good efforts, the last was one of his best efforts over a sharp 2 mile trip, this step up in trip will suit more and again eased slightly by the handicapper, so likely to go well again but looks like he’ll bump into one too good again in the shape of Chivers. Chivers landed a gamble over this C&D on Boxing Day by 15 lengths, the form of the race has worked out well since with the distant 2nd winning a hurdle race NTO. He went up 11lb for the victory but looked like winning again NTO, he was up in trip and went for home too early and too quick and got tired but still a close and respectful 3rd, the step down in trip looks the logical decision, he’ll enjoy the return to Fontwell plus a slight ease in class be a plus too.

Triangle Rock impressed on stable debut for Keith Dalgleish when a good 2nd behind Digging Deep who since boosted the form heavily winning off 14lbs higher, Triangle Rock then disappointed heavily when a well beat favourite over a sharper trip on deeper ground, it may of been a little too soon after with just 15 days break, maybe why he emptied quickly, if that is the case then he’ll be hard to beat after a better break this time around, but more likely his downfall was the ground caught him out, with its looking more likely the ground will be more testing here then a safer option will be Nicely Indeed who broke his hurdle duck over a similar distance here at Sedgefield when the first time cheek pieces was applied, he’s only raised 7lb to 109 for the victory and with the once rated 119, he still looks well in if the cheek pieces have the same desired effects. The ground prediction will be soft and testing which will be perfect and another plus.

Goodnitesweetheart won over C&D when last seen, it was just her 4th run over hurdles and first in handicap company, so very unexposed and plenty more to come, she’s only 5lb higher which makes her look very dangerous, however she’s been off the track for 655 days so likely will need the run plus jockey booking also gives me that impression. So Urbanist is the obvious alternative, he won on his 3rd run for his new trainer Dr Richard Newland on just his 2nd run over fences with the reapplied cheek pieces, although only a narrow victory and a quick turnaround, he was lightly ridden and there looked plenty more in the locker, he escapes a penalty for the win with switching codes to hurdles and looks likely strike again while the irons hot.

Trainer Julia Brooke’s has been in terrific form and has a 25% strike rate with a +31 level stake profit for the season, which is mainly down to her hurdlers. Copt Hill is her only runner of the day and he’s won over this C&D which was 6 years ago, an incredible 44 runs later he finally doubled his tally when winning at Newcastle the end of last year, he again ran well NTO over same C&D but bumped into one, with trainer doing so well it’ll be no surprise to see him run another big one, with his bad strike rate, he’s obviously not one to rely on so Baratineur who was 2nd on both his first runs for his new trainer Sam England who herself is in great current form. With the gelding in good spirits and on a mark of 88, the once rated 128 gelding is very dangerous and the first time applied cheek pieces could be the answer to get him firing again.

Brought to you by Russell Blair Racing.