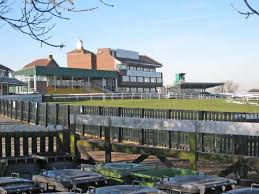 Once rated and won off a mark of 125 over hurdles many moons ago (September 2013), since has relatively struggled off that mark over both hurdles and fences, his chase record was at one time very worrying with just the 1 win from 25 runs, however since he was upped in trip to 3 miles for the first time over fences June last year he hasn’t looked back and has relished the testing trips, since then his record over 3m + trips reads 13311 and has simply quadrupled his career wins over fences. The ground versatile horse won his last 2 races on soft ground but recorded his career best on good ground, so happy to back no matter what the weather does today, he’s a C&D winner which he recorded on his penultimate run in strange finish, he then confirmed that form when making all and bolting up at Market Rasen beating Conas Taoi who won NTO finishing in a 1-2 with who Dartford Warbler beat in is penultimate race again giving his form a nice look to it, he’s again raised 7lbs and while we’ll never see him close to his 125 rated hay day his new mark of 105 still looks very workable,  he tries his hand in a much tougher 0-125 race, but receiving weight from the whole field may suit this inform gelding and should be more progress over his new testing trip.

The penny has dropped on Dyliev and his record in his last 4 races reads 2121, his last victory when beating Thounder back in 3rd by a length, they both have unexposed profiles and both capable of quick improvement, but the manner of Thounder’s defeat when making big notable mistakes in the business end looked very costly and to finish just a length behind while also still relatively rusty needs marking up, he also has a 2lb swing on Dyliev in this, which alone is enough to reverse the form.

Been very consistent since his switch to fences the start of the season and hasn’t been out of the top 3 in 6 of his runs, he’s today chasing a hat trick, his won around Sedgefield before over 2 miles on his penultimate race before being stepped up to 2m4f LTO at Haydock where he again won under a drive to win by over a length, his narrow victories have done connections big favours and he’s only been risen a total of 5lbs for both victories, so the inform progressive gelding looks more than capable of taking the rise in his stride and completing the hat trick.