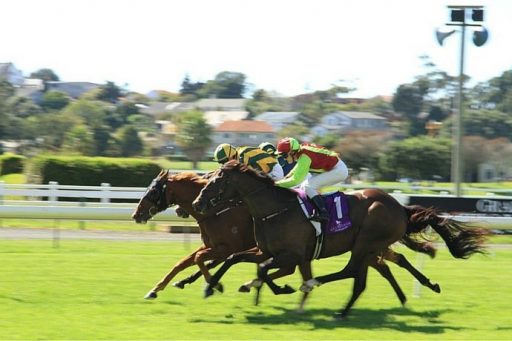 Won around this time last year from a mark of 52 at Thirsk, up and down form since has seen his mark tumble to his lowest career mark to date, 7lbs under his last winning mark and 19lbs under his highest winning mark leaves him looking very well treated, he handles any ground given so any more rain won’t be a issue, he likes most course characteristics and so the sharp track won’t be any issue, he has a good draw drawn in 3 next to the better chances and where most of better speed will be. Trainer Ruth Carr is in good current form, she already has 2 winners to her name this month, both she bagged on Saturday with a whopping 441/1 double, she likes Catterick and has a good set of chances at the course, usual go to man James Sullivan is booked who rides Catterick very well.

Certainly relying on hope here, but one that stands out at a price on past promise is Surrey Hope, won a good handicap at Salisbury at the age of 3 beating Kryptos who went on to frank the form when winning his next 2 engagements and going on to be rated as high as 100, also the 3rd and 4th also won NTO further boosting the form, he returned the season after looking to of improved and carried his form after a 150 day break when just missing out by a neck in a good class 2 at Lingfield, again similar to his next race when again a unluckily close place finish, with them combined efforts he was given a mark of 96 and looked to have a bright future, however since then and since a gelding operation his form regressed, which prompted a change of yards where he moved to Hughie Morrison last month, in the same month he made his stable debut at Chelmsford where he raced keenly which was no surprise after a near 11 month break, but he did show glimpses of promise and should of come on plenty for the run and now 10lbs lower than his rating around this time last year, he should have a cracking chance if the switch of yards have brought him back to life.

Won over 6f last year as a 2yo and was given a rating of 78, yet to find her stride this year but has been tested over different distances, she returned to form LTO when over 2 lengths off the winner which looks her optimum trip at 6 furlongs, she’s dropped a further 2lbs by the handicapper and is 14lbs under her mark given last season which leaves her looking thrown in if she can build on last months promise. Tom Marquand is booked for the first time which is eye catching, his having a good time of things at present and is a jockey to follow blind this season, especially on the turf with his 3yo+ rides with a sensational +£94.96 level stake profit. Trainer doesn’t call on Tom often neither does he send his chances to Nottingham with just the 4 career entries there, so is significant he sends just the one there today considering he has 7 other entries at Catterick and Ripon.