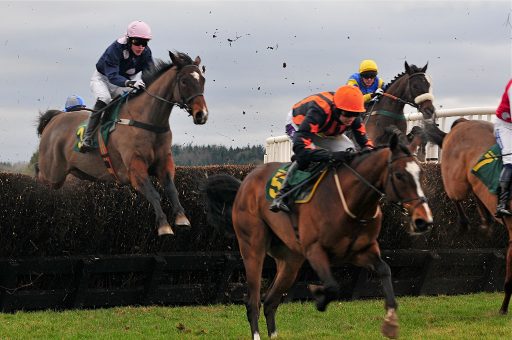 Buveur D’Air the obvious class act of the race and most likely winner, but no where near bomb proof and very beatable, which was proved not only LTO in the Champion Hurdle when falling at the 3rd but he also took a loss on Boxing Day when losing to stablemate Verdana Blue who not only won fair and square but did it very impressively with plenty more than the result says in hand, jockey Nico de Boinville sat almost motionless on the run in compared to Barry Geraghty’s drive on BD, she just got up on the line under hands and heels and looked like she’ll improve for further which is backed up on her sires side of the pedigree. She was well beat in the Champion Hurdle, but ridden way too cold in a weak pace by jockey Davy Russell and on surface she hates, she still finished 5th. Today the quicker ground will see her at her best, the step up in trip I’m predicting will bring further improvement, she loves flat sharp tracks and Nico de Boinville takes back over the reigns, all big plusses for the mare.

A very wide-open looking race and one that’s turned out some big priced winners in the past, 100/1 & 50/1 winners in the last 10 years as a example.  Shimla Dawn was once a 134 rated chaser and won a novice chase off 132 over 3 years ago, lightly raced since and a move to Mrs Drury who knows the time of day under rules with 23%-win strike rate the last 5 years and 50% win and place strike rate. The gelding made a good start over point to points winning his first 2 for his new connections, not so good in 3 runs since but showed some old form when winning by over 15 lengths the end of February, that was a weak race and this is obviously much tougher but I’d still put that performance in front of many of these ahead of him in the market and if another couple disappoint ahead of him, then he has big place claims at his huge odds.

Won the grade 1 Maghull novices chase at this meet last year over course and distance beating 157 rated Petit Mouchoir and Lady Buttons back in 4th by 8 lengths, he won that very stylishly and looked a horse with a big future, he was quickly thrown in the deep end and raced against Altior just 2 weeks later where he was respectfully beaten 16 lengths by the countries best chaser, he then went off top weight and well fancied in a Grade 2 handicap at Exeter but disappointed but did pick up an injury so can be excused, his last 2 races was again against Altior when again outclassed but still respectful, today he does carry the burden of top weight but dropped into a much easier Grade 3 handicap should see him at his best also a return to a C&D which seen his career best, he looks head and shoulders above these ability wise and is still open to further scope at just 7 years old.

A Cheltenham bumper winner when beating Mega Yeats who’s since boosted the form with 2 wins over hurdles and now rated 135. Glancing Queen next adventures was against the opposite sex when a good 3rd in a Listed race at Ascot under a penalty before another solid 5th in the Grade 1 bumper at Cheltenham where she struggled for room at a crucial point, today she goes back against her same sex which will be a big benefit, plus the faster ground also looks a plus.