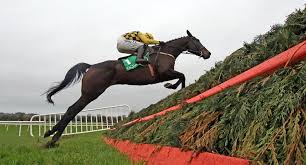 It’s a rare occasion to see a horse win back-to-back Gold Cups with only six horses prior to this year’s festival having achieved this, but by 3.40pm on Friday that number had increased to seven with Al Boum Photo securing top honours for the second successive year.

Over the years we have seen horses winning at consecutive festivals at Prestbury Park and some doing so in the same contest as they’d done previously. Before last week’s meeting, Tiger Roll had won the Cross-Country Chase two years in a row and an even more recent example came here on Thursday when Sire Du Berlais took the Pertemps Network Handicap Hurdle again. However, just a day later and history was about to repeat itself as the Willie Mullins-trained eight-year old Al Boum Photo claimed one of jumps racing’s biggest prizes and the £350,000 pot, the Magners Gold Cup, to become only the seventh horse in it’s 96-year history to do so. 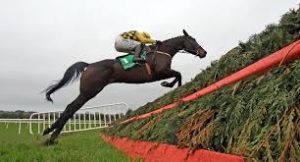 Last year he went off at a price of 12/1 with some of the best betting apps when getting the better of the JP McManus-owned Anibale Fly with the re-opposing Bristol De Mai back in third. His preparation leading up to that was exactly the same route the gelding took this time round with just the one outing which came on New Years Day at Tramore when winning the listed Savills Chase by six-lengths and his winning distance in that race this year, now a Grade 3, was identical. All eyes were on him this year and punters must have believed the dream was possible as he was sent off the 10/3 favourite. He may not have been as fluent in the jumping department as jockey Paul Townend would have hoped but there’s no doubt that he travelled powerfully in between fences and on the turn for home he took it up and despite being slightly headed by Lostintranslation between the final two flights the son of Buck’s Boum stuck his head down and battled on well up the famous Cheltenham hill which he’d done just twelve-months prior.

This achievement meant he joined an illustrious list of multiple Gold Cup winners, who include;

EASTER GOLD – The first horse to win back-to-back renewals, he did so in 1929/1930 both times going off as the favourite (7/4F, 8/11F), trained by Welshman Jack Anthony.
GOLDEN MILLER – A remarkable five successive wins in the race between the years of 1932-1936 (13/2, 4/7F, 6/5F, 1/2F, 21/20F), four of those were trained by Basil Briscoe with the last of those when in the hands of Owen Anthony. He also won a Grand National in 1934.
COTTAGE RAKE – The combination of Aubrey Brabazon and Vincent O’Brien teamed up to win the race three years running between the years of 1948-50, he was 10/1 for the first of those before going off an odds-on shot (4/6F, 5/6F) for the other two.
ARKLE – Arguably the best jumps horse ever, won his first Gold Cup by five-lengths in 1964, then going on to win the next two by 20L & 30L respectively at odds of 30/100F and the shortest ever price in the race, 1/10F. Irish-trained by Tom Dreaper and the jockey on all three occasions was Pat Taaffe.
L’ESCARGOT – French for snail, this horse was certainly nothing like his name, he won the 1970 & 1971 runnings of the race with the first of those a shock at 33/1, he followed that up at 7/2 under Tommy Carberry for Irish trainer Dan Moore.
BEST MATE – Over twenty years had gone by until Henrietta Knight’s bay-gelding made more Gold Cup history, three wins between 2002-2004 (7/1, 13/8F, 8/11F) all in the hands of Jim Culloty (who later went on to become the fourth person to ride and train the winner of the race, with his Lord Windermere).

Can Al Boum Photo do it again next year and make it a hat-trick of wins? He’ll only be a nine-year old so there’s every chance that he can do and I’m sure connections will take a similar, if not the same route as he’s done so previously though there will be plenty of younger and very talented horses bidding to steal the crown away from him in the 2021 Magners Gold Cup. Let’s hope he turns up in full health and ready to defend the title which he’s made his own over the past two seasons!