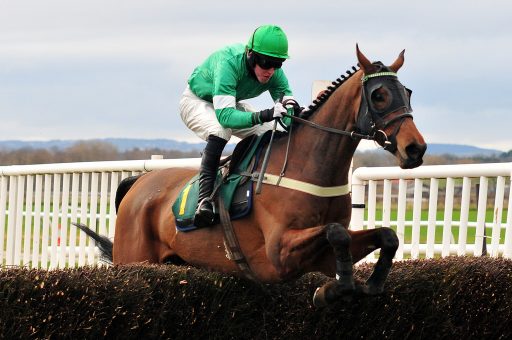 Another big weekend of action, hopefully we can carry on from last Saturday’s big races where we had the 11/8 banker and a 12/1 sp winners from 3 races. The best race in terms of competitiveness and one I’m most excited in, is the Becher.

An exciting race that’s basically a mini Grand National that’s run over the same course just nowhere as testing with being run at a mile less. The race does hold a lot of clues thou to the main National ran in April, not the best to follow the winners of this race in previous years thou, but a near £85k to the winner, trainers will be doing their upmost to win this big pot. Trainer Nigel Twiston-Davies is one to look closely at, with winning this race 6 times, 3 times in the last 8 years, he saddles 2 this year and both sit at the top of the betting, Ballyoptic and last years winner Blaklion. Blaklion won this very convincingly beating The Last Samuri by 9 lengths, he returns to defend his crown off a 5lb higher mark and in a much hotter race, he does run well fresh and will love the ground, but for me especially at his current price, has question marks after his last bad display.

Stablemate Ballyoptic looks a safer bet, he has more scope, he only has 6 runs over fences but has been progressing well and when last seen, he ran a huge race coming 2nd in the Scottish Grand National, he’s won at Aintree over hurdles and looks perfect for the National course and again will love the ground. A 33/1 shot for the National at present and one I see shortening after a good race in this.

It’ll be interesting to see Don Poli after a 22-month break, he’s a multiple Grade 1 winner which includes the RSA & Lexus Chase and is the class act of the race, it’ll be a big ask of him after such a long time off and off the top weight of 11-12 and is better watched. He’s another that could be slashed quickly for the National market, he’s currently 66/1 and considering he was 16/1 for last years National before being hit unfairly by the handicapper according to owners.

Stablemate Noble Endeavor is another that looks like he’ll need the run after a similar break and has a tough mark to contend with.

Paul Nicholls trained Present Man won well on season reappearance in what looks a pretty decent race, he’ll come on for the run and looks to have a good season in him, but this will be a totally different race over stiffer fences on soft ground, plus he’s effectively raised 10lbs after a 7lb rise and Bryony Frost not able to claim her 3lb anymore, he’ll surely find this too much.

Ultragold for me is the interesting horse of the field, he loves the National course with his record reading 121 around here, last seen over here winning the Topham Handicap Chase for the 2nd year running, this will be his first run over this trip but the way he’s finished his last 3 races here, the extra trip looks like we’ll see further improvement, I would of liked to of seen Harry Cobden back in the saddle, but he has prior engagements at Sandown and stand in jockey Tom O’Brien is very good,  is having a great season and has won on the horse in the past.

Missed Approach looks dangerous, the yard have hit form and the booking of claiming Sam Waley-Cohen is a positive, all his 5 wins in any code have come around left handed tracks, his last win came in a competitive handicap at the festival earlier in  the year, he was only a short distance winner but looked good for more, he was however hit with a 8lb rise and I’m in doubt his improved that much over the summer.

Vieux Lion Rouge won this race 2 years ago beating Highland Lodge by a head, he disappointed in defending his crown off 10lbs higher, he returns this year off just 4lbs higher mark than when winning this and has a wind op, but as mentioned last week, avoid all David Pipe’s first-time out runners like the plague.

One to Watch – Don Poli