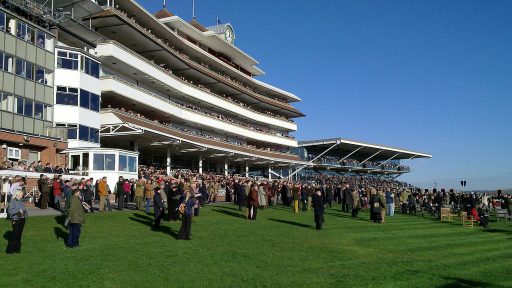 Two nice races from Newbury both over the chase course where the ground will most likely be on the softer side of good.
12.45 John Francome Novices 3m Chase Grade 2
We start off with a lively novices chase, so we have to start off with Colin Tizzard’s chance Kilbricken Storm who will be trying to win this race for his yard for the 4th year in a row, Colin’s last winners being Elegant Escape, Thistlecrack & Native River, so a hot race to follow in recent years. This will be just Kilbricken Storm’s 2nd race over fences after he won a little unconvincingly on debut. He’s a novices Grade 1 winning Cheltenham festival winner over hurdles and has loads of potential over fences but ATM as good as he’ll be, he looks like he needs to jump a few more until we see him close to or even surpass his hurdle form.
Santini was under 5 lengths behind Kilbricken Storm at the festival, it was just his 3rd run over hurdles that day and he was given a very easy patient ride, NTO when ridden with more purpose he won a novices Grade 1 at Aintree, even if not yet seen over fences, every bit of him looks a great chaser in the making and he’s the one to watch in this race, personally I think they’ll go easy with him to begin with, so as good as he’ll be, the tipsters at Sports Betting Stars think he’s not a betting proposition.
Mr Big Shot too looks an exciting chaser, will relish the ground and stiff fences, but avoid all David Pipe’s first time out runners like the plague ATM, I can count all his first time out winners on one finger this season.
Now Rocky’s Treasure is one of the safest bets in the race, we’ve seen him in 3 chase events all of which his won with ease and jumped very well, this is a big jump up in class but he’s progressing well and loves left handed, flat galloping tracks, a big concern is the ground, his best have all been on good ground, even if he did run a good race around this time last year on soft at Cheltenham, I’d want it to dry out well before backing.
Le Breuil looks a good chaser even if not all that fluent over his fences LTO at Cheltenham in what looks a hot race and will work out good, but on that evidence I just feel this 3 miles will be too testing for him especially on soft ground.
3.00 Trophy Chase 3m2f Grade 3
The 2nd graded race has seen many great past winners of this race which include Native River and Denman. This race see’s Elegant Escape and Thomas Patrick meet again after the former just got the better of the latter in an exciting Listed clash at Sandown early last month (November) Elegant Escape is 5lbs worse off in this race but he looks to have more scope and for me the likely successor of the 2.
Ms Parfois is the only mare in the field and is an interesting placement, she looks very well treated from her 2 seconds at both Cheltenham and Aintree the end of last season and makes her season reappearance with a wind op, she’ll love the ground and looks interesting here, I would of preferred to see trainer Anthony Honeyball in better form if I was going to back this mare fresh thou.
Dingo Dollar’s trainer and jockey are both in great form, he recently had a leg stretch over hurdles, so will be fit, he likes the course and goes on any ground, I feel he’s a little high in the weights thou especially in a race as tough as this.
American is another that’s on a tough mark, but he’ll love conditions, trainer’s in hot form and the booking of 5lb claimer Miss A B O’Connor whose well worth her claim will see him run a good race.
The Young Master has returned in terrific spirits and has won his last 2, he sneaks into this off bottom weight but looks a bit high in the weights at his age now from past form and the testing ground against.
Black Corton also has a tough job at the weights, he gave jockey Bryony Frost all kinds of problems in the Charlie Hall, he’s a class act on his day and should come on for that, but would be better suited not being handicapped.
Sizing Tennessee the oldest horse in the race, but is improving with age, he’ll love the ground and his emphatic win the start of October has taken a big boost with the 2nd Capeland winning his next 2 races. He was hit with just a 5lb rise for that victory which looks very lenient and the inform yard book Tom Scudamore once more who got the best out of the gelding LTO. For me he’s a bet to be on.