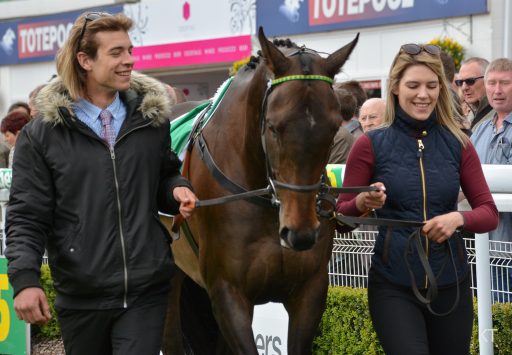 The first hurdle Grade 1 of the season kicks off here and we have 6 ATM that’ll be going to post, the hurdle track at Newcastle was declared 5.6 on the going stick early this morning with a little more rain to come, 5.6 is around the soft mark with heavy in places, even if potentially drying a little, we’ll be focusing on soft ground.
Buveur D’Air comes into the race as the red hot favourite and trying to make it a very impressive 11 wins on the trot, his last loss came against the mighty Altior over 32 months ago, along the way he’s notched up 6 Grade 1’s to his name which included this race last year after a very similar break. This year is certainly a tougher race with the likes of Cheltenham festival winners Summerville Boy and Irish raider Samcro but enough to stop Buveur D’Air? I think not and you will find many of the best betting tipster backing him. Although he does improve as the season goes on, he has great record when fresh.

He was last seen when winning the Champion hurdle for the 2nd time at Cheltenham when beating Melon in one of the most exciting races of the festival, they went pretty quick upfront in testing conditions, Buveur D’Air was up with the pace the whole way which looked a bad call with the pace setters dropping out of the race pretty quickly a fair way out, even Buveur who still looked to be going well was headed by a more patiently ridden Melon 3f out and for a brief second you’d think that it’ll be hard to come back, but Buveur dug very deep to show what an excellent gelding he is. Since then the gelding has had a wind op and Nicky Henderson is pleased with his work and condition at home, so everything looks set for another big run from what looks like the banker of the weekend.
Of the rest of the 6 field runners, there’s only really 3 to offer any threat, Samcro returns after a disappointing loss to a race fit Bedrock who at the time was rated just 149, although he’ll come on for the run and is 5lbs better off in the weights to reverse the form with Bedrock, he left a few concerning questions unanswered and is best left for now. Summerville Boy steps out of Novice company for the first time and this will be easily his toughest race yet, for me too tough, but is the horse I’m most interested in watching for the coming season and he’ll only improve when stepping up in trip. Bedrock is progressing well but will find it hard in this company. The other 2 runners Vision Des Flos could have his form boosted by Wholestone later today and will like the underfoot conditions, this race is surely too hot for him thou and he needs much further than these 2 miles, but is one to watch for future lesser races and Bleu Et Rouge is simply Buveur D’Air’s pacemaker.