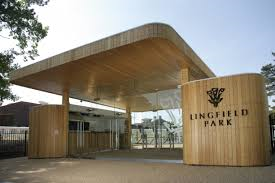 I’m surprised he isn’t shorter than he is, he came into this race last year in similar form, winning 2 on the bounce including the listed Cleves, which got him the favourite tag for this, he however was a little below form, he didn’t break that well and only manged 2nd to City Light who did boost the form when winning a Group 3 in France NTO before a huge short head 2nd to Merchant Navy at Royal Ascot’s group 1 Diamond Jubilee Stakes, so turned out the 2nd was strong form. He returned this year after a wind operation looking better than ever which was backed up when smashing 2 course records at Wolverhampton and over this C&D in the Cleves once again to record back to back victories. He doesn’t have the best of draws in 8 which is the only negative, but he had the same draw in the Cleeves and made it look like a rail draw with his break and pace. There’s no City Light in this in any shape or form so it’s simply Kachy’s to lose, the banker of the day.

A very tough race to dissect IMO, I thought Charming Kid had the best form for this but his unreliable and has a bad draw to contend with, so I’m going to play with the William Haggas yard who’s having a fantastic season with his 3yo’s with 9 wins from 29 runners, 31% strike rate. The colt won on his 2nd run which was his 1st start on the AW at Wolverhampton and held strong form, he followed that form over to the turf when scoring in a hot form novice race at Chester off a penalty, 2 below form runs followed on the turf but resumed his progress on return to the AW, he was a strong 2nd from a bad draw at Chelmsford, then followed up with 2 wins which included a strong form Conditions race at Wolverhampton with Charming Kid 4 lengths back, that was back in early December and hasn’t been seen since, but obviously aimed for this and top jockey James Doyle is booked for the first time on the colt and has a fantastic record with William with 25 winners from just 66 rides on the AW, a huge 38% strike rate.

I’ll keep this short, he won the Cambridgeshire Handicap off top weight and hasn’t looked back since, he’s won his last 3 runs all over this C&D with plenty in hand in front of many of these, not the best draw in 8, but with plenty of early pace on, it should pan out fine and his quality should see him through.

Keyser Soze has a been a very exciting horse to watch over the winter, has a electric turn of foot that could see off any race and has shown a real liking here, however he has a tendency to be slow away and with his wide draw it could be costly, he’s certainly capable which his shown to come from the back in his last 3 races, but to do it against much stronger competition will be a different ball game and one with a heavy heart will look elsewhere. Glendevon has been very much the best man rather than the groom with 3 seconds in his last 4 runs after being gelded, his first two was over 10f’s where he shaped like a mile would more suitable with him wanting to go much faster than he was allowed and when last seen over 7 furlongs he was screaming out for further, back over the mile trip for the first time since being gelded looks like it’ll bring out his best and with Ryan Moore taking over the reigns is a tip in itself that the gelding is expected of better, a big price in a wide open race.