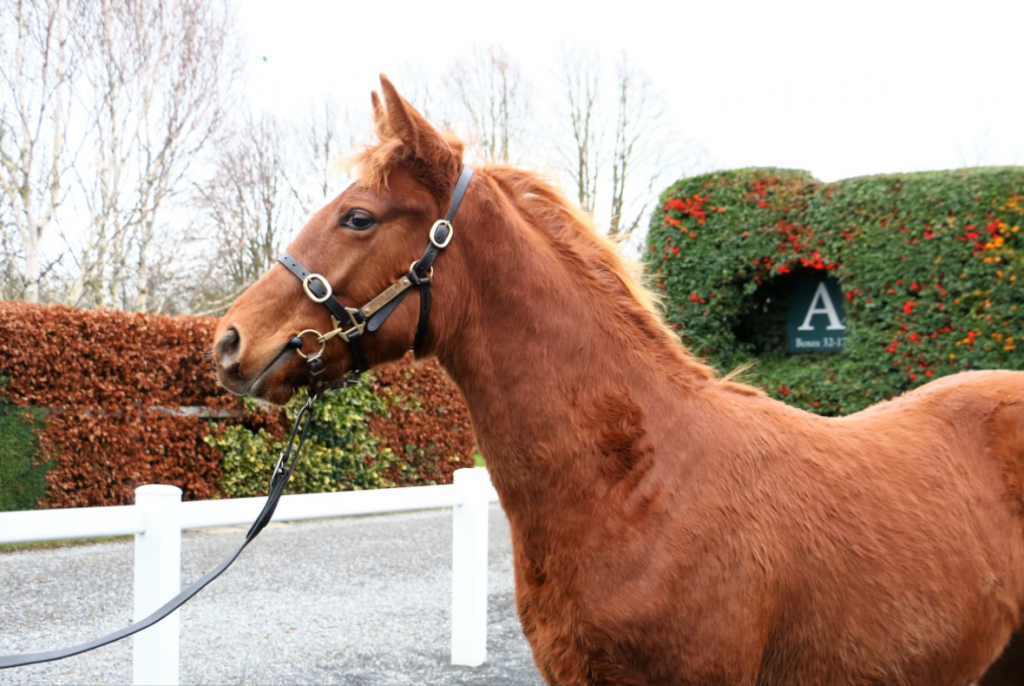 The next Sire to follow, as they usually do in France only had a few mares to cover, but since moving to Beeches Stud in Ireland in 2015, he’s been very busy and actually covered the most mares in the UK last year, so we’ll start to see a lot of his progeny over the years to come, but until they have matured, we’ll still only see small crops with plenty of potential for the next couple of years.

The son of Galileo, Soldier Of Fortune was very successful in his own right, he won on his 2nd start in a maiden and nearly won a Group 1 in France still at the age of 2, he won 4 of 6 of his races as a 3yo, most notably the Group 1 Irish Derby and then followed up as a 4yo winning Coronation Cup and 3rd in the Prix de L’Arc before retiring in 2008 and sent to France to stand. It took a while to see the best of his progeny and potential, but now his flat and jumps pedigree is combining well and we’ve seen/seeing some very smart hurdlers (Mega Fortune, Tin Soldier, Flying Tiger) coming to the fore, below are some of his best and ones to follow, but I recommend looking out for all of his hurdlers for at least the next couple of years.

Ex flat horse Scarpeta moved from Mark Johnston’s to Willie Mullins yard late last year, he won a maiden emphatically on his 2nd attempt and since ran some big races when highly tried, 8 lengths behind 163 rated Samcro the highlight. He returned this season in good style with a convincing win over a new longer trip, he does however have to work on his jumping, but still just 6 runs to his name and only 5, he has a bright future and will surely win some big graded races.

Tin Soldier has not been seen since crashing out of his first run over fences in November last year, it was a heavy fall, so the long absence is a bit of a worry, but if they do build his confidence back up, he’s a 148 rated hurdler and looks to have a good future over timber.

Litterale Ci with 3 wins to her name this season and is progressing very well, her recent run off top weight was eye catching even if not winning, the step up in trip to 3 miles looks like it will see her at her best and she looks set for black type at some point in the near future.

Admiral Barratry yet to win over hurdles but was a close 2nd behind Lostintranslation at Newbury in a maiden who went on to be runner up in the Mersey Novices Hurdle and be rated 149, even in behind was Black Op rated 152 the winner of the Mersey Hurdle. Admiral Barratry is yet to race on the same soft ground she contested at Newbury, but when she does, the 131 mark should be made to look silly.

Soldier in Action is still a flat horse but had a quick stint over hurdles early last year for Nicky Henderson, he won on his 2nd start in a Juvenile Hurdle before disappointing in the Triumph Hurdle and sent back to the flat Mark Johnston. He’s been a successful horse and surely it won’t be long until we see him jumping obstacles again.

Dog of War was a €95k purchase and is trained by Dan Skelton, he’s out of a Green Desert mare, so chances are, he’ll be very precocious and hit the ground running, so one to follow closely.