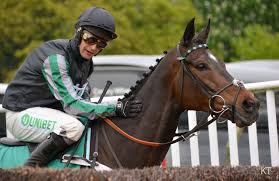 Current fav Magic of Light impressed and won very easily LTO, but that was over fences and now rated 150 in that sphere, she has a mediocre record over hurdles with just the 1 win from 7 and rated just 113 when last seen 16 months ago, no doubt she’s improved since but a lot of that looks down to the bigger obstacles.

If You Say Run looked to be in command when coming to take Mia’s Storm before hanging badly and throwing the race away in a Listed event at Kempton on Boxing day, it’s quite hard what to make of that run, it’s the first time she’s ran at that trip and it may of just come a little too soon after her 2m6f win a couple of weeks ago after a 231 day break, there’s no doubting her ability and attitude before this race, so she’s to be given another chance, the ground easing shouldn’t be a problem and the galloping Ascot track will also benefit.

Culture De Sivola was just in behind If You Say Run that day, that was on the back of a 240-day break from the track and she then won NTO, the ease in the ground will suit her and her fitness would suggest she’ll be closer today.

Jester Jet the most experienced of this field is genuine and will give another good account of herself no doubt, trouble is she must carry a 4lb penalty and I’m convinced she’s better over shorter trips and definitely thrives going left handed rather than this right-handed track.

Petticoat Tails is interesting at this new trip, she’s certainly bred for it and the more rain the better, she’s certainly the EW shout of the race even if only 2 places on offer. Shimmer’s Rock completes the line up and her only wins have come in weak races over 2 miles, she’ll have to improve by 26 lengths plus to be competitive in this.

Altior is simply an unbelievable gelding that’s still remarkably improving, he’s unbeaten in all his 16 runs over obstacles in 39 months and has 7 Grade 1’s to his name, barring a crazy accident he looks looks destined to add another Grade 1 to his name. Even though just the one run to his name around Ascot which was over hurdles, the right-handed galloping track is his forte even if being super versatile. He’s bumped into Diego Du Charmil twice already in the last year period and had him beat by a combined 35 lengths, he’s also faced double Grade 1 winning Fox Norton nearly 2 years ago where he won on the bridle by 13 lengths to a hard-pushed Fox Norton while carrying a 5lb penalty. At 1/8 it’s certainly no betting proposition even looking bomb proof and even if looking a one-horse race, it’s hard not to watch even it’s just to admire him.