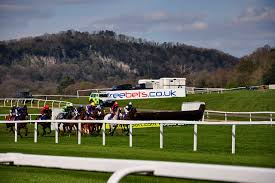 A frustrating day yesterday with 3 seconds, one by a neck and our other fell at the 2nd last when coming back at the leader and eventual winner when well clear of the rest of the field.

Hard not to have a selection up from the bang inform Venetia Williams yard, she’s had 6 winners in the last 2 weeks, 33% strike rate and 5 close 2nds, a huge 61% covering the top 2 places, she sends 2 to Chepstow today, Tara Flow and half brother Royal Tara. Royal Tara is her best chance, he’s very lightly raced with just 5 runs to his name over fences, just the one win but very consistent and has been placed 3 times in the others, his last when a solid 3rd in a 0-125 after 182 days off, although racing keen he impressed but felt the pinch from his exuberance and lack of racing action after the 3rd and fell away tamely, he’ll come on for the run and this 0-115 will be easier.

Was a big eye catcher when making her debut for Archie Watson over C&D last week, she was travelling all over her competition before having nowhere to go and having to apply the brakes, the gap opened far too late and was gently pushed to claim a close 3rd. I’m certain she would have won that race quite easily and took her C&D tally to 2 from 2. She goes unpenalized for that and should get her rewards this time around.

Already touched upon this jockey in a couple of posts, but Rex Dingle has all the makings of a star jockey and he’s to followed blind and take advantage of his very useful claim while you still can. Rex this season already has 23 wins to his name from 105 rides, a 22% strike rate and 48% covering the top 3 places, he has a superb 55%-win rate in the last 2 weeks. The mare he teams up with today is from the Robert Walford yard and the partnership have already had a winner in the last 3 days. Alainn is highly thought of by connections and due to face Laurina in a Listed event 2 weeks ago before a self cert, before that she’s been very highly tried racing against Grade 1 competition on unfavoured ground. Today she’s back down to her last winning mark, the ground is easing as I type and she’s back against more suitable competition.

Trainer Simon Crisford is in superb form for the start of the year and already has 4 wins to his name from 8 tries, 3 others have paced. One of victors was filly Given Choice, she won a 1m6f event at Wolverhampton, granted there wasn’t much competition, but she impressed under a hands and heels ride and won by 5 lengths eased down taking her tally to 3 from 6 on the AW. Her run before that, she was 2nd in a strong Class 2 to Aircraft Carrier who’s since boosted the form when winning a marathon Fast Track Qualifier at Wolves the start of the week, that form alone holds her head and shoulders above this field.