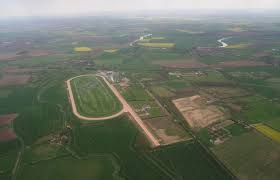 Magic Dragon upset favourite backers when winning at a huge 25/1 with the first time cheek pieces attached and drop into handicap company, with only just the 4 runs to his name means he’s unexposed and more likely to come, he only has a 5lb rise and trainer is in good form means he should run another huge run but it’s hard to look past Briac whose in fantastic form since the switch to Tim Vaughan’s yard, he took his back to back victories in emphatic style under both codes and there looks plenty more to come, he does go up 11lbs but the burden is lessoned with 7lb claimer Charlie Price.

Handsome Bob broke his duck on the AW over a similar distance at this track last month, the form has been well boosted since, the trainer is in good form so looks likely to run another good race from the front from a 4lb rise, however I predict a pace collapse with Handsome Bob, Chica Da Silva & Tilly Devine all likely to take each other on, if that is the case then Croeso Cymraeg could pick up the pieces. Still a maiden but impressed LTO on unfavourable terms in a classified stakes race when coming off the pace and meeting trouble in racing, he still ran a creditable 3rd, the return to handicap’s will be more suitable and if they do go quick, he could nick it.

Foolaad loves Southwell, he’s won his last 4 on the bounce over this C&D, then since had been running on the turf, he returned after a little break to the AW in good form and was a good 2nd to Outrage at Newcastle, although conditions in favour here, his mark doesn’t leave him much to play with and may be a little vulnerable to an improver. While Moonraker doesn’t look the most obvious improver with 43 races to his name, he is arguably unexposed on the AW with just 7 runs and just 3 runs at Southwell which has produced 2 victories, his last win on New Years Day has been heavily boosted and he only goes up 2lb for his win, so I expect another big run.

All of Muqarred AW victories have come over Southwell and he comes into this on his lowest mark for nearly 2 years, he won a claimer around this time last year and since ran a close 5th from a mark of 77 before a big break, he’s recent form can have a line through it, not only unfit but usual cheek pieces missing, now fitter, the pieces return and his on a dangerous mark, he is however not the easiest to follow and may get caught in the possible early pace. One that is a little less risky to bet and If they do go quick upfront then Gabrials Centurion like last time will enjoy the scenario he broke his egg the end of last month after heavy support, he goes up 4lb for the win and very unexposed on the AW.

Brought to you by Russell Blair