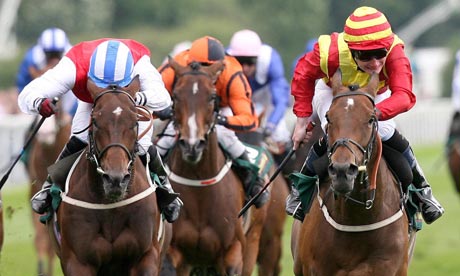 Made a very pleasing start to her chasing career when 3rd in a novice handicap over this C&D last month, she was a big negative in the market which didn’t show in her jumping as she took them along upfront under a good pace and a little keen, she jumped a little to her right but still out jumped her rivals, she was taken for the lead someway out which didn’t help her chances and when looking well beat around the home turn she rallied well and looked a big threat before early exertions taking there toll, on the whole a lot of positives to take from her debut and she can certainly build on that. The form of the race took a boost with the 4th and only runner in the race since winning NTO, she’s handily dropped 2lbs and also gets a further 3lb allowance from claimer Stephen Mulqueen who teamed up with Lucinda Russell earlier this month on Boy’s On Tour when bolting up in a good race, they both have just the one runner to focus on and make a huge 622 mile round trip which is very significant on the mares chances.

A past 74 mark winner at this course for Richard Guest over 2 years ago, went on a 12 running losing streak and change of yards to Richard Whitaker he broke the losing when upped in trip to 1m2f off dangerous mark of 66, he went up 4lb for the victory and ran a fine race in a tougher race NTO and was beat by a very well looking handicapped Cockalorum, this looks a slightly easier race and there doesn’t look any dangers like Cockalorum in the field to cause major problems also there’s a distinct lack of pace in the race which will suit a front runner like Billy Roberts no end from a perfect rail draw.

Bolted up last August over C&D off a mark of 81 by over 3 lengths in first time cheek pieces in what turned out to be a good form race, he went up 8lb for the success and has struggled since off his revised mark but as a result has quickly dropped down the handicap and is now 4lbs under last winning mark, he also is starting to run into form and his recent 3 length defeat over a sharp 5f which clearly doesn’t suit needs marking up, dropped 3lb and back up to 6f she’ll show a much better showing and should be in the mix off a dangerous mark and good draw. Michael Dods has just the one runner to focus on and teams up with Tom Eaves who he has a great partnership with a +£63.32 level stake profit the last 5 years also Tom has a positive LSP at the course for an extra plus.