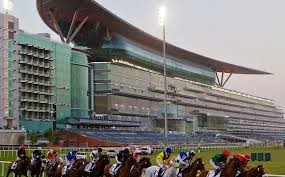 I’ll keep this short and sweet due to perhaps the good thing of the festival, BLUE POINT! It’s hard to see him losing after a super impressive display LTO, he was the short price fav for this race last year before suffering a nose bleed before the race and being withdrawn under orders, he’s returned better than ever this year and should get his due rewards.

One to run at a price could be BELVOIR BAY, she has a lot of race experience and improving with age, she’s started the season in fine form winning both starts and has looked visually impressive, on jockey booking Stormy Liberal who was runner up in this last year is the yards best chance but Belvoir Bay doesn’t look far behind and has a nice 5lb mares allowance.

Divine Image has taken to the Meydan dirt well and won the UAE Oaks on just her 3rd start with lots against, she was temperamental before going in the stalls, she was caught on the back of heels and shuffled back, jockey dropped his whip, but she finished very well to win by a short distance. Her next and LTO run went a lot smoother and we saw her true ability winning over C&D beating her opposite sex, that however was a weak race and this will be much tougher, plus I’m not sure you’d want to be on a temperamental filly in a race like this, especially at her price, I’m not sure you’d want to lay her but certainly couldn’t back her.

Walking Thunder is another that’s took to the dirt well, he started his career as a 3yo and all runs have been at Meydan, he won his first 3 races, the last in the 2000 guineas trial where he won by 9 lengths before a below par 2nd in the main race to Estihdaaf, he’s certainly better than that run and Frankie Dettori booked is a good move and gets a good draw in stall 1, but hard to back with confidence on the back of a below par showing LTO.

JANBATH however did impress LTO and has been impressing in every run and showing no real kinks which is highly important in a race like this, he won on seasonal debut at Southwell, while only a small field he faced the kickback well which again is important for Meydan and won clocking good times, he then went on to win a big prize at Kempton against a strong field, he won with lots in hand and deserves a shot in this, the step up in trip looks a big plus on both pedigree and visually, the main worry is whether he’ll take to the dirt, which in all honesty I’m a little uncertain, pedigree not all too convincing, but visually says he’ll go well, time will tell but for me his the one to beat.

American Stubbins was visually impressive winning by over 8 lengths LTO, I don’t know what he beat and he did it on sloppy ground which will be totally different to Meydan’s fast dirt, but a big say on how he shaped LTO and if he stays.

VAN BEETHOVEN is a quality horse and was just over 5 lengths off potential superstar and short price English guineas favourite Too Darn Hot in the Group 2 at Doncaster while carrying a 3lb penalty, that form is head and shoulders above these at their point in their career, he stayed on well over 7 furlongs that day and looked like a mile would suit, but this near 10f trip maybe a bridge too far, he did run well at Dundalk the start of the month as a prep for this, he was understandably keen after a long absence but finished well, he’s owned, trained, and ridden by last years winning combo and is sired by last years winning sire Scat Daddy, so plenty of positives and no surprise to see him run well and my ew play.

The best sprinter in this is certainly Roy H, a 4 time Group 1 winning sprinter who went off fav in this race last year, but a lethargic run seen him finish 3rd, but his bounced back better than ever this year and has won his last 3 very impressively against strong fields including 2nd fav Imperial Hint, even thou he’s drawn better this year, he may not like the Meydan kickback which is the most severe of many courses, he may however take advantage of his draw and go from pillar to post, either way he’s no backable price even if the quality of the race.

Imperial Hint as mentioned above, was well beat by Roy H when they last met and looked awful LTO in a prep, he has to be the lay of the race.

X Y JET was just chinned in this race last year from the super-fast finishing mind your biscuits which mirrored his defeat in this in 2016, they went off a blistering speed and he was taken on for the lead by Jordan Sport which caused an end to end sprint and just couldn’t sustain the pace in the finish but was very game and strong to finish like he did. He since looked to of improved and his last run was an outstanding prep for this, if he sets better fractions than last year, he’ll be hard to beat and for me the one to beat.

Drafted has been running consistently well and steadily improving, he won the Group 3 Mahab Al Shimaal over C&D the start of the month, he only won by a small margin but did cover the most ground, he would of looked a strong contender for this race if it wasn’t for the strong foreign raiders and would have to much more again to take this, which is possible but still maybe a bit too much too soon.

Another to mention if you do fancy the chances of Drafted then you have give TATO KEY a second look, he met Drafted in Group 3 at Meydan making his debut for new connections after a 224 day absence, he looked the winner but was worn down by race fit Drafted and finished just over half a length away, he met Drafted again in another Group 3 from a bad double digit draw but again ran a big race getting a little closer to Drafted, he’s 3 times the price as his nemesis and on form he doesn’t deserve to be and is a great each way price.